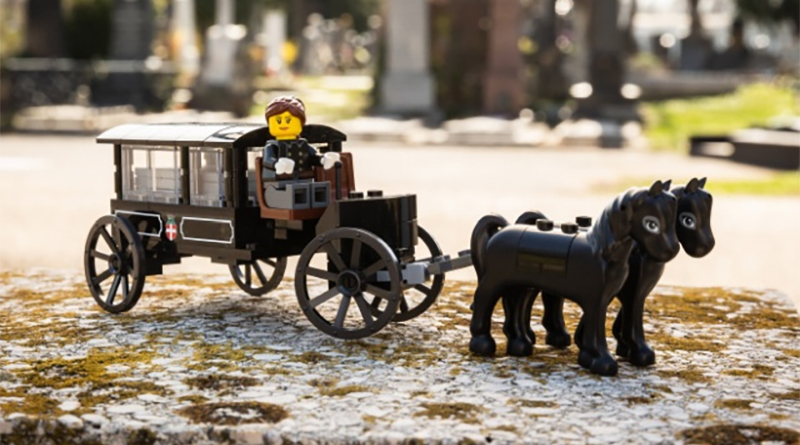 An unusual selection of models built using LEGO bricks has been developed to make death approachable for children by the Vienna Funeral Museum.

In what is either a clever PR move or a genuine attempt children to deal with the topic of death, the Vienna Funeral Museum has developed LEGO models that are available to buy, recreating key aspects of the funeral process. The models include death masks, coffins and hearses.

The museum is found at Vienna Central Cemetery, which is one of the largest cemeteries in the world and is popular with tourists thanks to some of the famous artists buried there including Beethoven and Strauss.

“From now on, we will be offering new products made of LEGO components in the funeral museum at Vienna’s Central Cemetery,” said a museum spokesperson. “The goal is to make the topic of death approachable for children.”

The Vienna State Association for Psychotherapy was involved in the development of the models, that include a grave digger, a bereaved family and a furnace. The idea is that by representing the post-death cycle in LEGO bricks, children will be able to better understand the process.