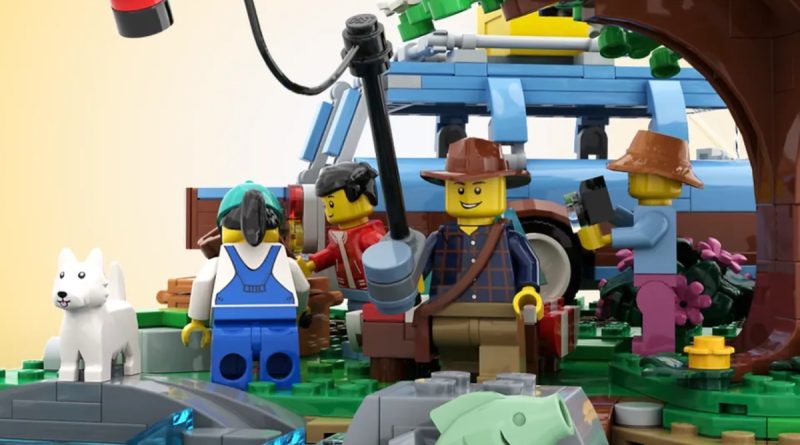 Voting is now underway to find a future LEGO Ideas set focused on family, with four possible builds in the running – including one from the designer behind 21324 123 Sesame Street.

The LEGO Ideas team has whittled down a shortlist of more than 200 entries to just four finalists, each of which offers a different entry point to the concept of family – and one of which will one day end up on LEGO Store shelves. The winner will be decided through a public vote, which is open until October 26. You can cast your vote by clicking here.

Among the four finalists is Your Family Tree by Ivan Guerrero, who was responsible for bringing 2020’s 21324 123 Sesame Street to shelves. You’ll also recognise his name from this year’s 40533 Cosmic Cardboard Adventures, a gift-with-purchase based on a previous contest-winning design from Guerrero. His family tree offers a literal interpretation of the concept, decorated with portraits in picture frames.

Also in the running is fellow 10K club member Sebastien Esnault, whose Jules Verne project is currently in review. His dramatic build paints a scenic picture of family life on a beach at sunset, making clever use of forced perspective and colour blocking to create a work of LEGO art. The other two finalists capture a road trip picnic stop by a river, and three different brick-built family portraits.

Any one of these could conceivably become a future LEGO Ideas set, which will be exclusive to LEGO.com and Target in the US, but available at other retailers worldwide. You can help crown the winner by casting your vote over on the LEGO Ideas platform. The champion will be announced no later than November 30.