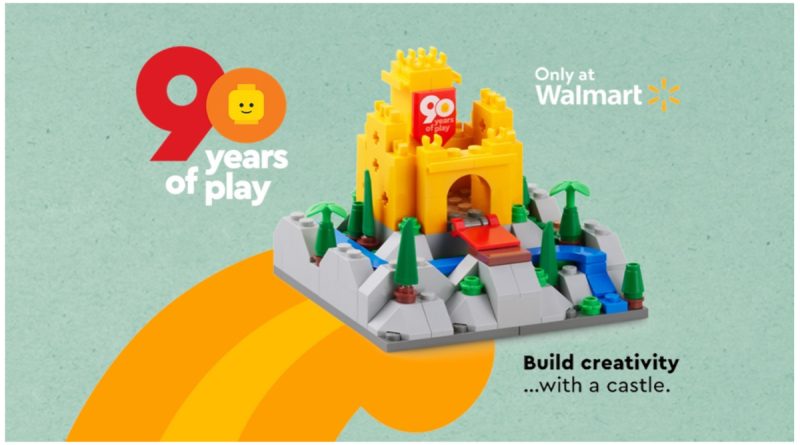 As Walmart begin shipping 90th anniversary GWP sets, this is your last chance to pick up the more affordable LEGO Castle of 2022.

It’s been quite a challenge to keep up with all the anniversary sets being released by the LEGO Group as they celebrate 90 years of the eponymous brick. One extremely cute model was a USA exclusive, only available with qualifying purchases at Walmart. 6426244 90th Anniversary Mini Castle is a 158 piece set which comes in a plastic bag (rather than a traditional polybag) and can be claimed after spending at least $50 on LEGO.

You only have until August 24 to make that purchase though, so don’t hang about. If you do get in under the wire you simply upload a photo of your receipt here, and then wait anxiously by the letter box. Buyers who got in early included Instagram user Filkinbricks, who, as TheBrickFan reports, has posted a picture of the set that they’ve now received.

The set is a micro build of a certain yellow castle on a rocky grey outcrop with a printed element celebrating 90 years. As 2022 castles go, it’s certainly more affordable than the other set released this year, the mighty 10305 Lion Knights’ Castle. That 4,500 piece behemoth has been delighting Castle fans and nostalgia buffs alike with its classic looks, huge variety of minifigures and clever functionality. At £344.99/$399.99/€399.99 though, it’s a trifle more expensive than the micro-build.