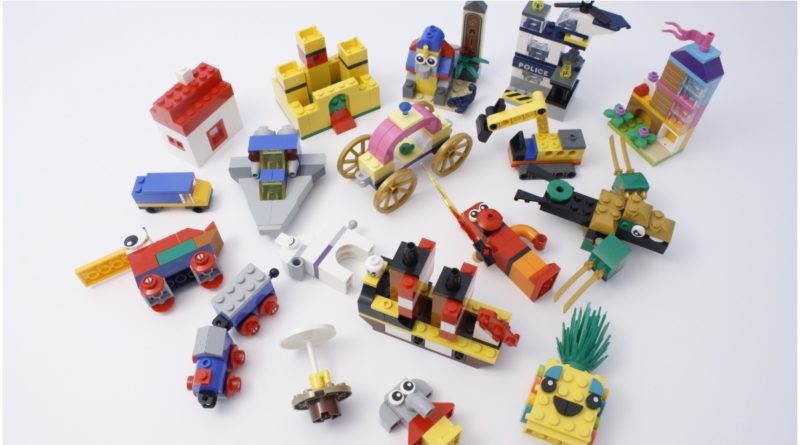 As the rumours fly about the sets that celebrate the 90th Anniversary of LEGO, we wonder if we’ve already had some clues.

The LEGO Group are making a big thing of their 90th anniversary and that includes a number of special sets. We’ve already heard whispers of castles and spaceships – both fan favourites and both seeming to hail from the LEGO archive. It’s unlikely that the celebrations will end with just two models, and as we wondered what else might be around the corner, we considered one of the first sets to be released for the upcoming nonagintennial anniversary. (We had to look that up.)

A few months back, 11021 90 Years Of Play was released, featuring a series of micro builds that replicated – with varying degrees of success – classic sets from the past. Which included a Castle and a spaceship in Classic Space colours! Coincidence? We think not. Also included in the set is a duck, famously one of the first toys out of the Billund factory, and which is currently a LEGO House exclusive.

So if – and stay with us here – 90 Years Of Play is actually a hint of other sets to come, then what else might we expect? 8534 Tahu made an appearance in the set, and no doubt Bionicle fans would be delighted if that particular theme were to reappear. Another beloved set that was recreated at micro scale was 6285 Black Seas Barracuda, although with 21322 Pirates Of Barracuda Bay only recently retired it’s unlikely we’ll see another sailing ship just yet.

Despite 3601 Elton Elephant showing up (or at least a blocky version of him), we think it’s safe to say that Fabuland is probably not going to be making a return visit. But 113 Motorised Train? You can never have too many LEGO train sets.

All wild speculation at present, but if any of it turns out to be true, remember – you read it here first!

Help keep Brick Fanatics here for another 90 years by purchasing your LEGO via our affiliate links. Thanks.