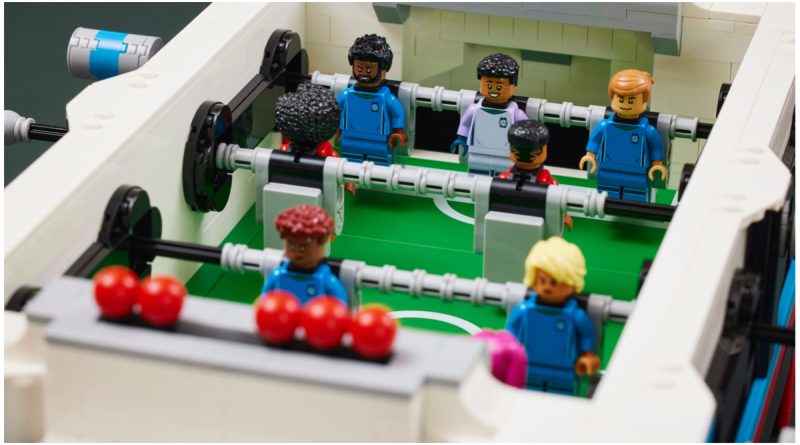 Football. It’s a funny old game. It’s a game of two halves, apparently. Arsenal will often try to walk it in while Chelsea like to park the bus. Maths doesn’t apply as teams often give it 110% percent and as often as not, come Sunday morning, someone will be complaining about ‘that ludicrous display last night’. IT people, usually.

Now the beautiful game is coming to the world of LEGO, with the introduction of 21337 Table Football, which started out life as an Ideas submission. There’s just one problem (apart from the fact that foosball players tend to get a little enthusiastic, and while LEGO bricks have many great qualities, structural integrity isn’t the first thing that springs to mind), and that’s the cost. In 1893, Willie Groves became the first player to have a transfer fee over over £100.  In 2017, Neymar moved to PSG for £190m. ‘Football’ and ‘expensive’ seem to go hand in hand.

For those who prefer their videos vertical, rather than horizontal, catch up on this ‘ludicrous display’ via TikTok. Just click below.

If you’re in the market for some new LEGO, maybe you’ve just won the lottery and are interested in the Foosball set, then please consider using our affiliate links. Every purchase helps Brick Fanatics. Thanks.