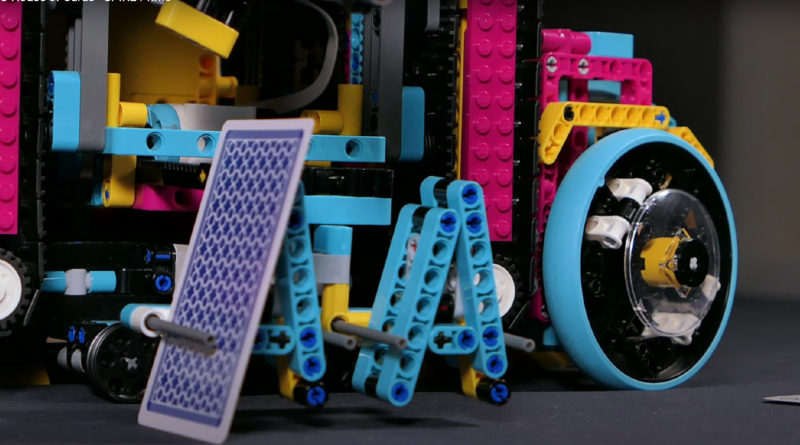 The LEGO Group’s SPIKE Prime coding kit has been set its greatest challenge yet, constructing a house of cards completely from scratch.

LEGO Education has several products available for students that allow them to construct their own machines. SPIKE Prime is just one of the systems and introduces coding into the mix, leading to all kinds of possibilities.

One LEGO fan has taken that fact as a challenge and has managed to make an autonomous card-stacking mechanism using only LEGO Education kits.

Arthur Sacek is the creator behind the device and has previously made himself familiar with other LEGO code-building systems such as MINDSTORMS. However, this is his first return to a LEGO machine in five years. Construction on the build took over 200 hours, including the coding.

By using several 45678 SPIKE Prime Set and 45680 SPIKE Prime Expansion Set, Arthur created the machine, which uses some smaller mechanisms working in tandem to sort, frame and stack the cards before moving to a higher row.

It’s undoubtedly a great example of what can be done with the SPIKE Prime system and we look forward to seeing what else Arthur has up his sleeves when it comes to future LEGO machines.