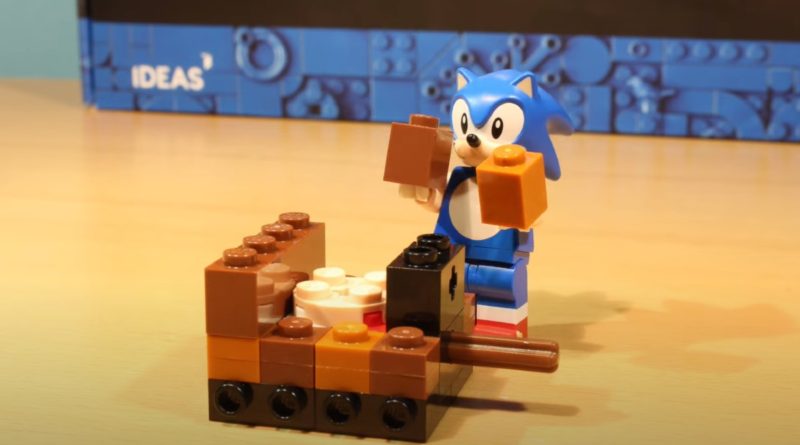 21331 Sonic the Hedgehog – Green Hill Zone has been available for a few weeks at the time of writing, giving the online LEGO community more than enough time to get their hands on it. This has led to an instructions display stand, alternate models and more. TheJumiFilm shared a clip of a stop-motion Sonic rushing through the brick-built level, mirroring the animations from the original game.

Pausing the short animation sequence reveals how the curved aspects of his Spin Attack form have been achieved in bricks, including the use of LEGO sausages.

A reply to the original post revealed that this was part of a larger animation from TheJumiFilm, which reveals that the clip was only the end of a longer video showing the iconic hedgehog putting together his dedicated LEGO Ideas set.

To find out more about the new LEGO Ideas set, the designer video for 21331 Sonic the Hedgehog – Green Hill Zone has been uploaded, revealing that the build needed new machinery. We’ve also got an in-depth review with a gallery of images to look through.

You can find 21331 Sonic the Hedgehog – Green Hill Zone on the official online store now, as well as another recent entry in LEGO Ideas – 21332 The Globe. We’ve also given the newer model a full review to read.