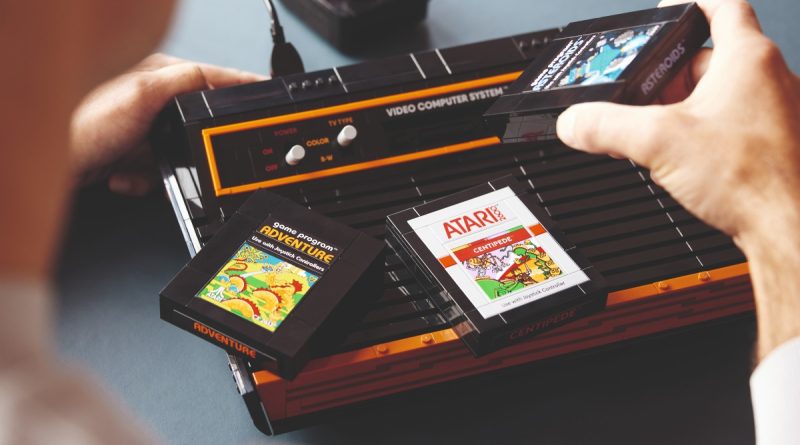 LEGO ICONS 10306 Atari 2600 celebrates 50 years of the video game company, but that doesn’t mean its references are limited to just games.

10306 Atari 2600 launches on August 1, 2022, but you don’t have to wait to see what secrets this model holds. While there are a few notable inclusions for Atari enthusiasts, those with a passion for LEGO might also spot a couple of references as our latest YouTube and TikTok shorts explore.

On the wall of the bedroom that folds out of 10306 Atari 2600, three posters can be found. In the middle, a recreation of the Asteroids cover art is featured, though the usual spaceship in this picture has been replaced with a familiar Classic Space creation which will soon be released again as 10497 Galaxy Explorer.

To the right is a poster featuring the 80s musician from the 20th series of LEGO Collectible Minifigures and on its left artwork with none other than Johnny Thunder. Though, his appearance in this 1980’s bedroom doesn’t make much sense considering that he’s a 90s minifigure.

However, the appearance of Johnny Thunder in 10306 Atari 2600 is likely meant to be filling in for an Indiana Jones: Raiders of the Lost Ark poster, which would be more era-appropriate since it was released in 1981.