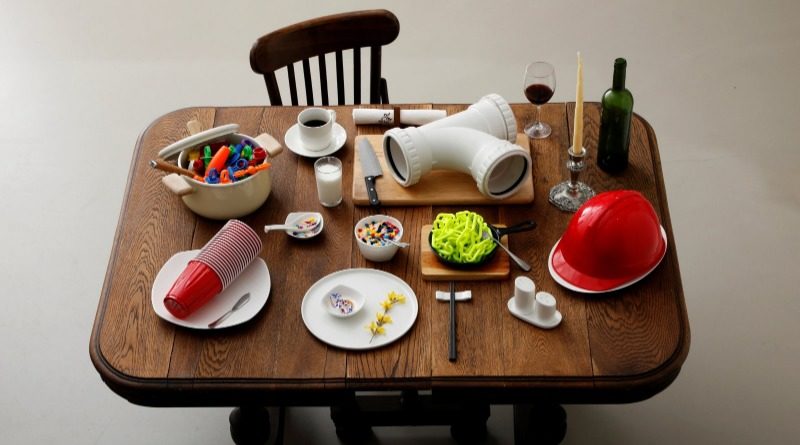 Humans ingest the equivalent of one 2×4 LEGO brick per month in plastic, a new study has revealed.

Plastic-infused drinking water and foods like shellfish – which we eat whole, including the plastic in their digestive systems – are the main culprits, according to the World Wide Fund for Nature (WWF).

The conservation organisation’s 2019 study – revisited now by Reuters – concluded that people regularly consume a credit card in plastic every single week. Or, to put that in more relevant terms to a LEGO website, a 2×4 brick every single month.

The study went even further with its figures: in a decade, humans could eat up to 2.5 kilograms of plastic. That’s equivalent to more than ‘two sizeable pieces of plastic pipe’, Reuters says. Or, if you prefer, just over the weight of LEGO Star Wars 75275 A-wing Starfighter. Are your teeth squirming yet?

Over a lifetime, the WWF reckons humans will ingest approximately 20 kilograms of microplastic. (That’s around one and a half copies of 75192 Millennium Falcon.) Now, you probably aren’t actually eating LEGO bricks, even if they can last in the ocean for up to 1,300 years.

And yet, there’s no denying that as LEGO fans, we should probably be having conversations around the biodegradability (or lack thereof) of our favourite plastic bricks. Plastic ends up everywhere – in the sea, on beaches (LEGO ticks both those boxes) and, ultimately, in the food chain.

According to environmental science professor Malcolm Hudson, of the University of Southampton, the real issue is really those microplastics – and, even worse, nanoplastics. These still smaller plastics are even more difficult to detect, meaning we’re just as likely to be ingesting those, too.

“It could pass into our blood or lymphatic system and end up in our organs,” Hudson told Reuters. “Those plastic particles are little time bombs, waiting to break down small enough to be absorbed by wildlife or by people, and then potentially have harmful consequences.”

Of course, the LEGO Group is already keenly aware of its own environmental implications, and has begun taking strides towards sustainability. In September, the company announced plans to invest $400 million over the next three years to meet its own sustainability targets.

Among those aims are making all of its packaging sustainable by 2025, and its entire product line sustainable by 2030. And from 2021, it will begin to trial the first major initiative to accelerate towards those goals: replacing its plastic bags inside LEGO boxes with paper equivalents.

In the more immediate future, the LEGO Group is also set to install solar panels on its factories, with a view to making its manufacturing process completely carbon neutral by 2022.

“We cannot lose sight of the fundamental challenges facing future generations,” the LEGO Group’s CEO, Niels B Christiansen, said in September. “It’s critical we take urgent action now to care for the planet and future generations. We will step up our efforts to use our resources, networks, expertise and platforms to make a positive difference.”