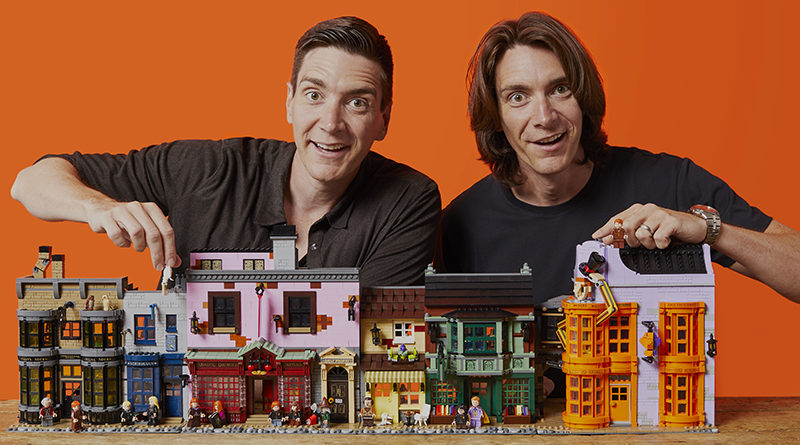 James and Oliver Phelps – better known as the Weasley twins in Harry Potter – take a look at LEGO 75978 Diagon Alley in a new video.

To help promote the new LEGO Harry Potter 75978 Diagon Alley set, the LEGO Group has roped in James and Oliver Phelps, the actors who portrayed the Weasley twins in the Harry Potter films.

In a new video, they talk through the 5,544 piece set that recreates the unforgettable location from the Wizarding World. 75978 Diagon Alley includes multiple locations as the model is made up of a series of modular buildings, allowing for fans to display the set however they choose.

“I can’t stress how excited I am to see ourselves as LEGO characters, and what I really like as well is they are individual, because when we filmed the vests were different colours – and that’s exactly the same here, so I know that’s me,” James says in the video, pointing out the minifigure based on his character.