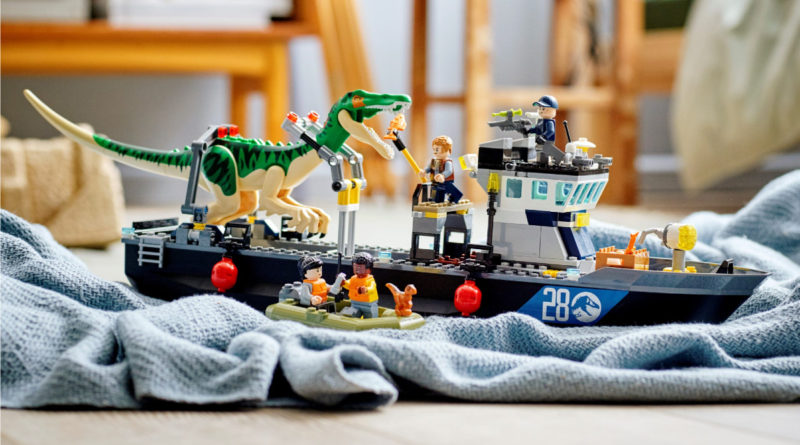 The park gates are open once again as LEGO Jurassic World takes to the seas for a new breed of dinosaur-centric models.

LEGO Jurassic World has returned to minifigure-scale sets in 2021 as the theme sails to new horizons and introduces the first ocean-based build, with an equally aquatic dinosaur.

The Baryonyx is back for the latest wave (pun intended) after originally debuting in 75935 Baryonyx Face-Off: The Treasure Hunt. Whilst that original set depicted the creature in an environment with a healthy mix of land and water, it seems that the staff of Jurassic World intend to take the species somewhere more aquatic.

As well as the huge dinosaur pieces, 76942 Baryonyx Dinosaur Boat Escape also comes with an even bigger boat element. As one of the only bricks capable of transporting such a beast, the cargo ship is manned by guards and familiar face Owen Grady. Less familiar minifigures are also included in the new and exclusive Darius and Yaz characters, who hail from the animated series Camp Cretaceous.

That trend of new minifigures from the spin-off show is consistent across the entire range of Jurassic World, with the main cast all represented for the first time with fresh parts to customise your various characters.

Support the work that Brick Fanatics does by purchasing your LEGO Jurassic World sets through one of our affiliate links.