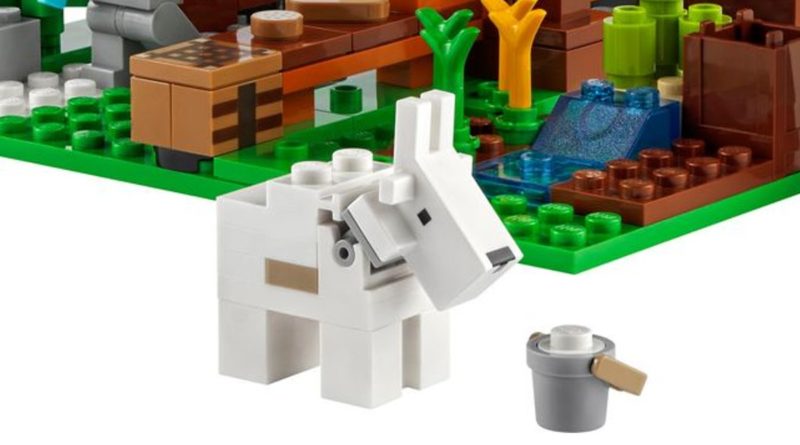 2022 really is the year of the LEGO goat as another brick-built version of the animal is coming before another set with the LEGO brick.

It seems that the LEGO Group knows how to tease those waiting for the return of the LEGO goat as a different version of the animal makes its debut in LEGO Minecraft this summer. Appearing in both 21184 The Bakery and 21188 The Llama Village at the end of May according to an online retailer is the new LEGO Minecraft goat figure, made using a fresh element for the blocky creature’s head.

It might not be the LEGO goat that some were hoping for, but combined with the two figures in 76208 The Goat Boat, it shows that goats are fresh in both recent media and the minds at the LEGO Group.

LEGO CITY is receiving a new farming subtheme in summer 2022, which includes plenty of new animal pieces but no goats. However, all hope is not lost for the LEGO goat as a recent roundtable interview demonstrated that retired pieces can return, even when under certain circumstances they have been deleted.

It’s not complete confirmation that the LEGO goat is coming back, but it does mean that the possibility is at least on the table. In the meantime, we’ll have to make do with the versions from LEGO Marvel and Minecraft.