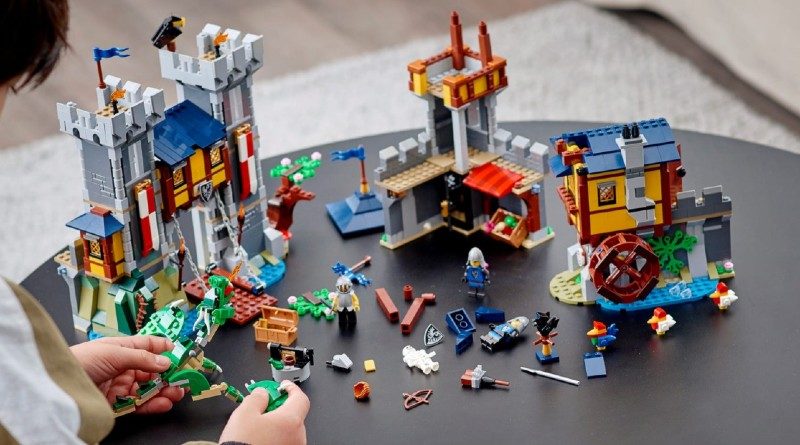 With the release of LEGO Creator 31120 Medieval Castle, builders are already expanding and reimagining the fortress to suit their own fantastical needs, including combining two of the set.

Builders who just happen to pick up multiple copies of 31120 Medieval Castle might want to look to Eurobricks user Wurger49’s example on how to combine them into an even bigger model. While the front of the castle remains mostly the same, the most obvious changes come from greatly expanding the rear towers and increasing the overall defensive capabilities.

The taller tower on the left-hand side of the fortress now includes a more protective watchtower that could even be repurposed into the living space of a noble, or a damsel in distress.

Key features from the original design, such as the moving waterwheel and destructible wall segment have been kept, meaning this new version is as playable as it is displayable.

The interiors have been reworked as well, meaning the rooms won’t be the same between floors. But we’re sure that Castle fans have their own ideas for the new home of their knights and nobles.

You can pick up 31120 Medieval Castle from the official online store or add the LEGO Ideas 21325 Medieval Blacksmith to complete your display from the days of old. Other builders have been hard at work changing the model too, including one who has some adjustments to the design.