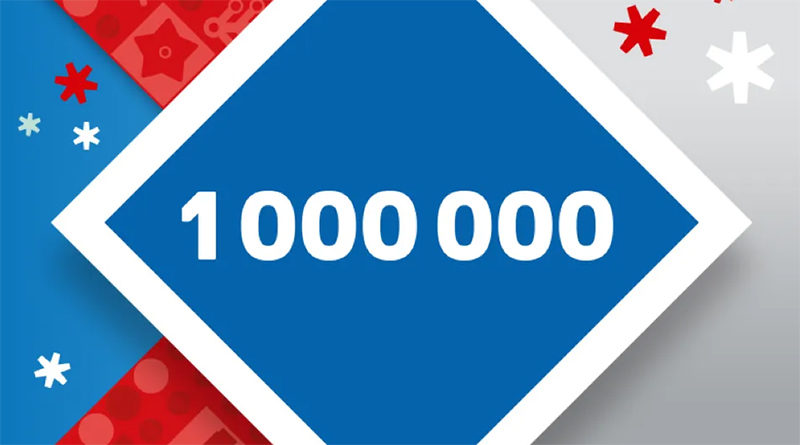 This week LEGO.com is offering one lucky person the chance to win an incredible 1,000,000 VIP points. The competition is being run as part of this week’s Black Friday promotions.

But just how much LEGO is ‘a lot’? Brick Fanatics takes a closer look at exactly what 1 million VIP points could get you.

This year saw the release of the stunning LEGO Harry Potter set, 75978 Diagon Alley. As the fifth-largest set ever produced it measures a whopping 102cm long. At a price of £369.99, 1 million VIP points could secure you 16 copies of this gorgeous, enormous set.

Laid out end-to-end this collection would stretch to a phenomenal 16.32m. Longer, in fact, than the shortest real-life street in England, Queen Charlotte Street in Windsor, which measures just 15.54m.

An advent for eternity

Each year sees the release of a range of LEGO advent calendars. This year we saw editions from the CITY, Friends, Star Wars and Harry Potter themes. These charming Christmas countdowns retail for £24.99 each, so the stash of VIP points could secure you enough calendars to see you through the next 250 Christmas seasons.

Many great builds begin with a baseplate. For example, the classic 32×32 stud 10700 Green Baseplate. These lush green plates retail for £6.99 each, meaning that you could cash your 1 million VIP points in for an incredible 894 baseplates. Laid out on the ground this would cover an area equivalent to 21 tennis courts.

Wimbledon, the home of lawn tennis, has a mere 18 courts. They could all be given a LEGO makeover and you would still have plates left to build on! Playing on LEGO would certainly make tennis more interesting to watch.

An entire galaxy far, far away

LEGO Star Wars is a theme notorious for containing numerous sets with some of the highest price tags around. The range includes the two most expensive LEGO sets available, 75252 Imperial Star Destroyer and 75192 Millennium Falcon. These giants both retail for an eye-watering £649.99. Even with these heavy-weight beasts in the mix, 1 million VIP points is more than enough to bag the entire range.

All LEGO Star Wars products currently available on LEGO.com will set you back £3,947.35. This includes all minifigure scale sets, large character models, helmets, keyrings and other paraphernalia. At that price you’d even have plenty of points left over to get the recently revealed new sets for 2021 as well!

A population to call your own

LEGO.com offers a variety of minifigure packs, perfect for fleshing out your LEGO city. 40344 Minifigure Set – Summer Celebration, for example offers four smiling minifigures, plus one parrot. Retailing for £10.99, you could walk out of a LEGO Store having traded in your VIP points for 568 copies of this set. This would provide a veritable army of 2,272 minifigures.

Vatican City, the world’s smallest country, has an estimated population of just 825. An entire country’s population is dwarfed by that born out of 1 million VIP points! It is almost certain that the 568 parrots you would also have, would likewise be far greater than the parrot population of the Vatican.

It isn’t just cash for LEGO that VIP points can be traded in for. In addition to money-off vouchers and exclusive rewards, VIP points can be exchanged for tickets to LEGOLAND. 4,000 points will get you one ticket to any LEGOLAND park. This means your 1 million VIP points could secure you 250 tickets.

That is enough tickets to visit a park every single day for eight months. More than enough time to get to the front of the Dragon Coaster queue!

In summary, whoever the lucky person is that ends up winning the 1 million VIP points, they will not be short on options for what to spend them on. If anyone chooses to follow any of Brick Fanatics‘ suggestions then please send photos, especially of the new and improved Wimbledon! 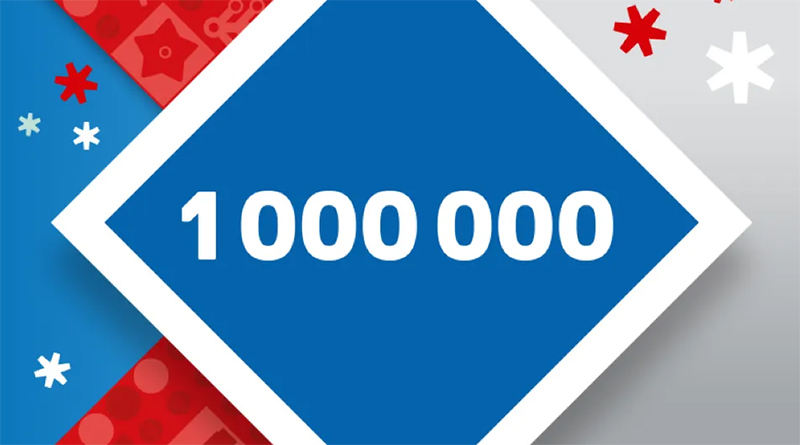