The set pictures are finally out for LEGO Jurassic World, and they certainly provide some hints about the upcoming movie. Jurassic World: Fallen Kingdom is the sequel to the 2015 movie that saw a fully functioning dinosaur theme park/zoo open to the public, that of course ended in carnage. Now, Owen Grady (Chris Pratt) and Clair Dearing (Bryce Dallas Howard) must go back to the island to save the dinosaurs before a volcano erupts, while being upstaged by Dr Ian Malcolm (Jeff Goldblum).

So what else can we glean about the film from these new LEGO sets? 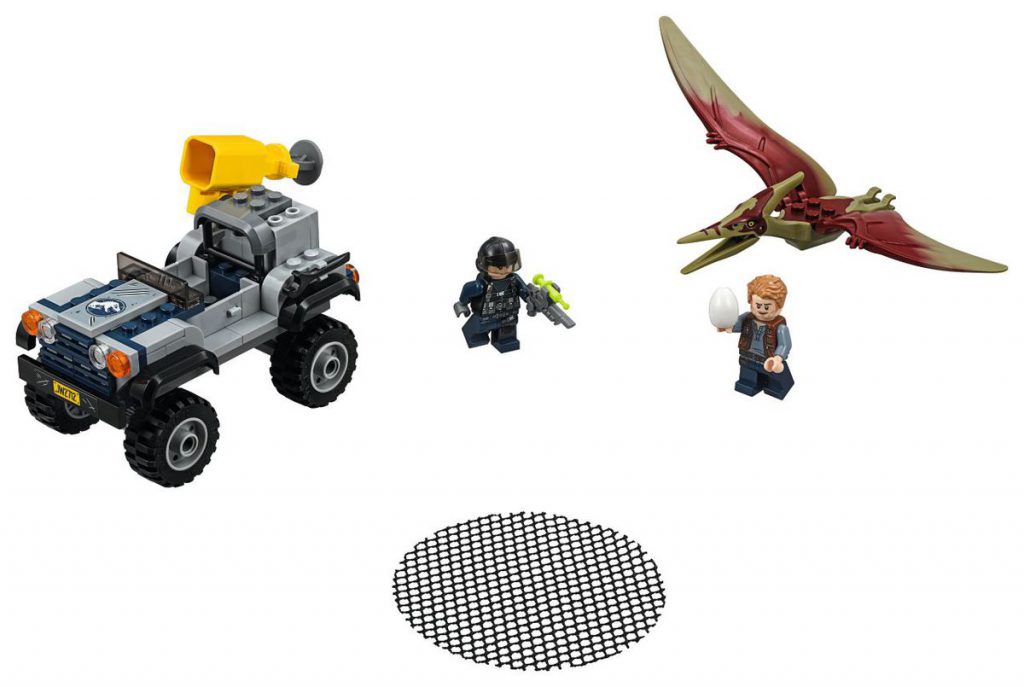 The trailer for Jurassic World: Fallen Kingdom already hinted that the film would follow many of the plot beats from The Lost World: Jurassic Park. Sure enough, the LEGO sets confirm that the humans are on a mission to retrieve dinosaurs from the island alive. The weapons that the minifigures are carrying have syringes attached, presumably for incapacitating the dinosaurs.

Dr. Wu is back 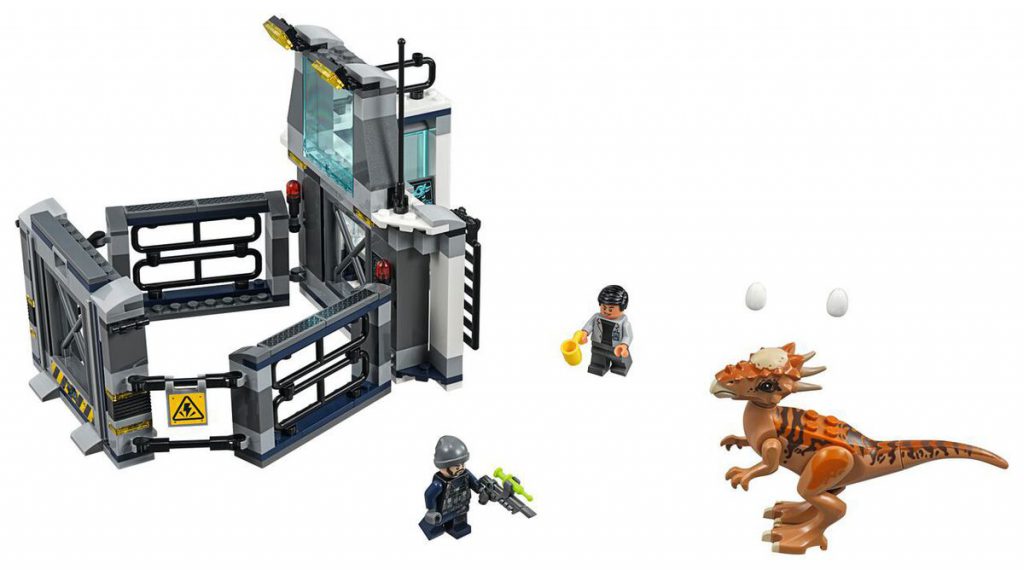 At the end of Jurassic World: Fallen Kingdom, Dr. Wu escaped the chaos on board a helicopter. The Dr Frankenstein-esque character had been developing genetically engineered beasts for military purposes. Early rumours suggested that Jurassic World: Fallen Kingdom would focus on military grade dinosaurs, but 75927 Stygimoloch Breakout seems to indicate that Dr. Wu will be back on Isla Nublar, as he is seen with a dinosaur enclosure. 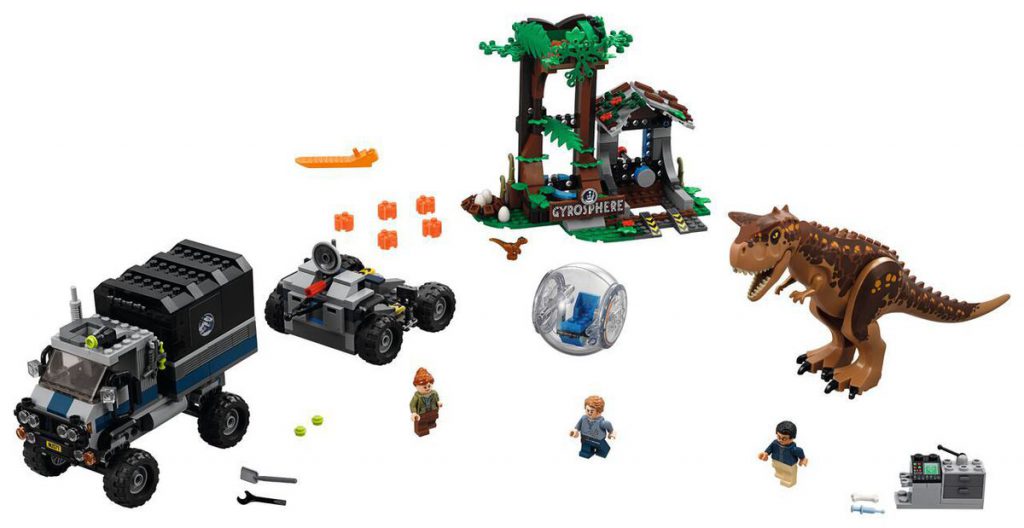 The characters will visit some familiar locations from Jurassic World in the sequel, but 75929 Carnotaurus Gyrosphere Escape shows that a lack of maintenance has left the attractions in disrepair – well, to some extent, as it seems the Gyrosphere will still work. Moss and plants have overgrown the Gyrosphere loading area, and dinosaurs have even been using it as a nesting area.

In the opening scenes of The Lost World: Jurassic Park, Richard Hammond is quickly established as the good guy – the filmmakers were clearly aware of how ridiculous it was to make the architect of the Jurassic Park disaster a protagonist, giving Ian Malcolm the line, ‘from capitalist to naturalist in just four years… that’s something.’ Peter Ludlow is quickly established as the new face of corporate hubris, and is demonstrated as a bad guy by having him wear suits and speak in a British accent – it looks like Fallen Kingdom will follow the same template, as the finale looks to take place at the Lockwood Estate with a chap in a suit. 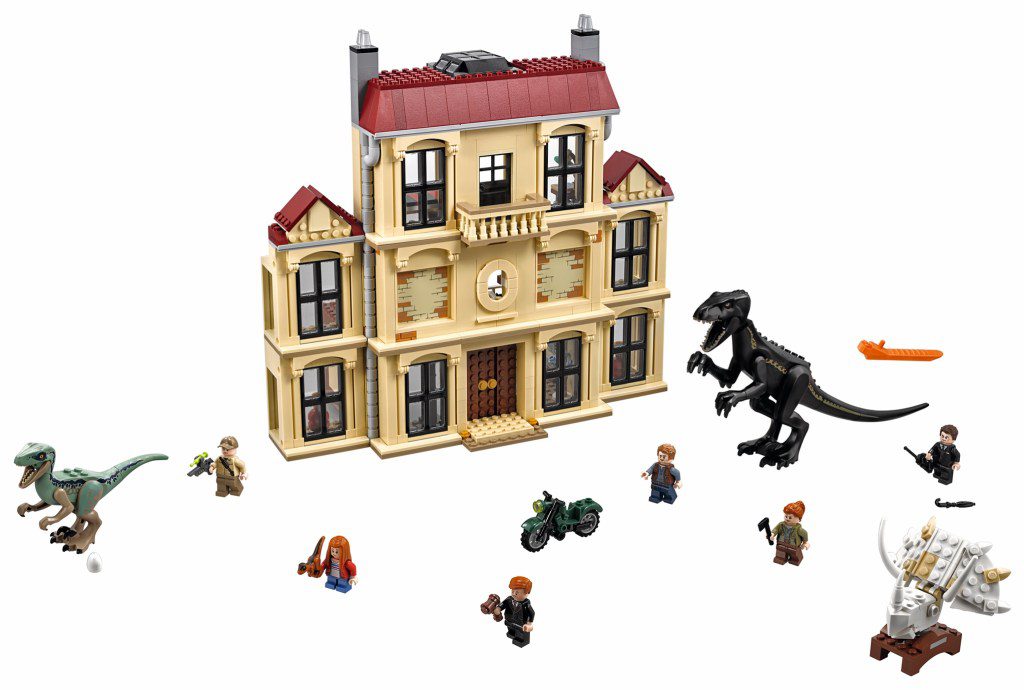 Before the release of Jurassic World, it was heavily trailed that a new kind of dinosaur had been created at the Isla Nublar attraction. The Indominus Rex was the film’s monster, wreaking havoc when the scientists who created it lacked the humility… you know the drill. This time around, there was no hint of engineered madness in the trailer – it seemed that this would be purely focused on regular dinosaurs. This largest set demonstrates though that there will indeed be a new lab developed beastie, with the Indoraptor towering above the regular creatures. 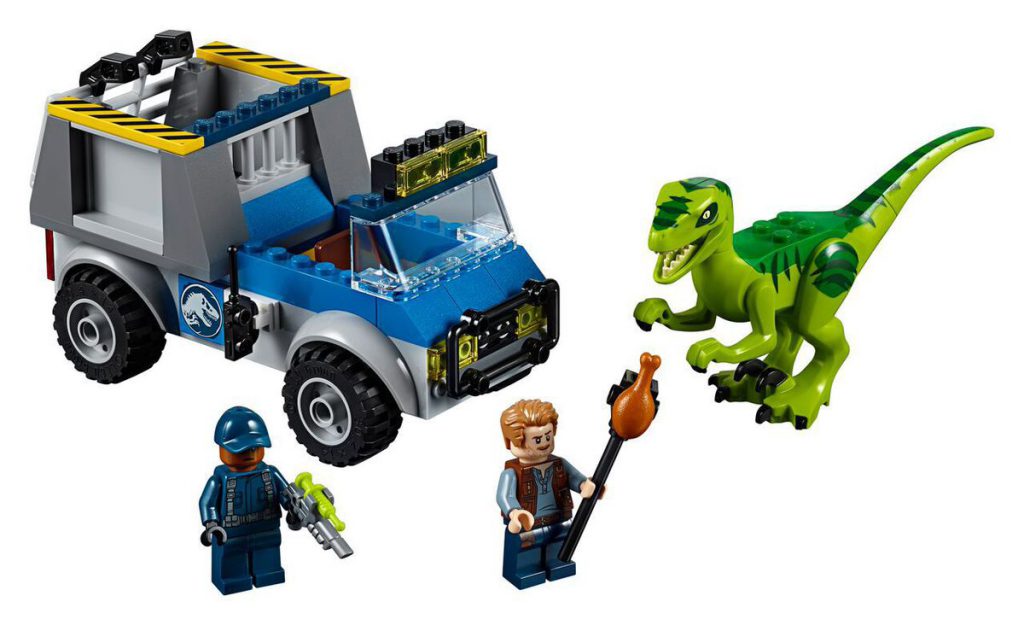 How much can you trust a LEGO Juniors set to provide film facts?

If you haven’t checked this out yet, and enjoy a dose of Jeff Goldblum, then enjoy…

Get in touch with Brick Fanatics at [email protected]co.uk