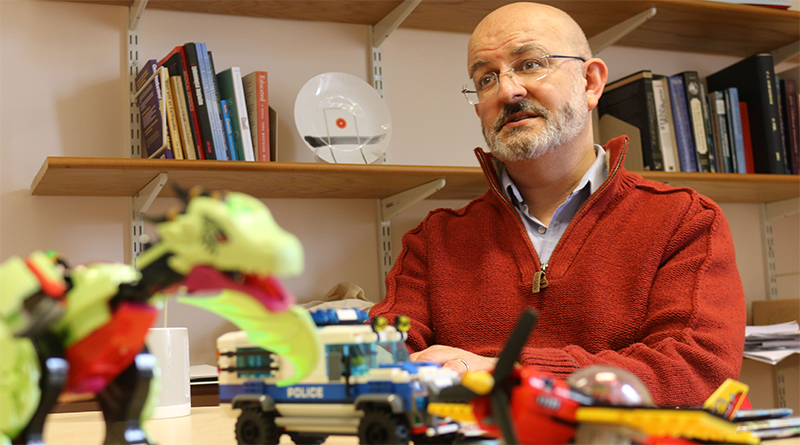 It was hard to miss the news when the University of Cambridge fired a Professor of Play, who would be funded by the LEGO Foundation – but what does such a professor actually do?

In 2017, the LEGO Foundation collaborated with the University of Cambridge on a new position. The ‘Professor of Play’ role was widely publicised, with mainstream media having plenty of fun with the concept and encouraging people to apply.

Unfortunately for those who did put in an application on a whim, the fun reporting masked a much more serious purpose for the academic post. While it might be nice to picture someone surrounded by LEGO bricks in a university office all day, the Professor of Play manages £4 million of funding from the LEGO Foundation to investigate how play affects the development of children.

Professor Ramchandani has been in charge of the research centre, Play in Education, Development and Learning (PEDAL), for two years now. In an exclusive interview with Brick Fanatics Magazine, he talks about the fascinating work that he and his team have been doing, that has the potential to positively impact the lives of children around the world.

To hear directly from the Professor of Play, see the evolution of the LEGO Iron Man minifigure and see incredible pictures of the Ford Mustang, order a copy of Brick Fanatics Magazine Issue 6. Or even better, take out a money-saving subscription, that sees subscribers getting a great deal and receiving the magazines first.