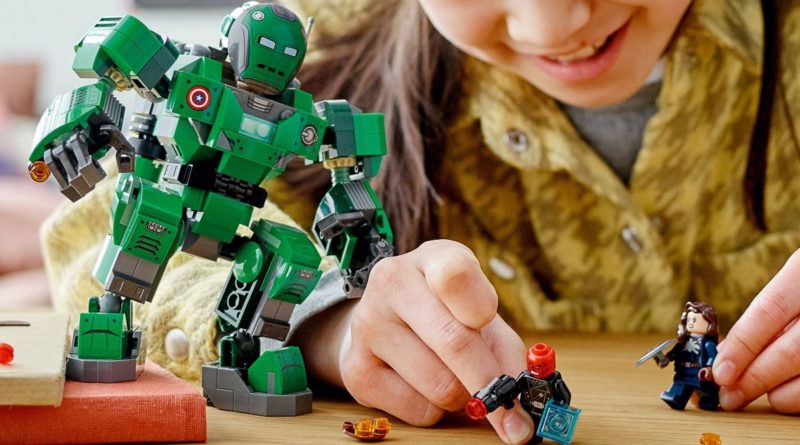 The first episode of Marvel’s What If…? series has left us with our own hypothetical scenario: what if LEGO 76201 Captain Carter & The Hydra Stomper was a better set?

As it is, the alternate reality-inspired model is just one of a multitude of Marvel mechs that have arrived on shelves in 2021, recreating the Hydra Stomper piloted by Steve Rogers in the first episode of the animated series. But now that we’ve seen the source material behind one of two What If…? sets that launched earlier this month, was there potential for more?

Fair warning: spoilers are about to follow for What If…?, which is based on the 1977 comic series of the same name, here reimagining events from the Marvel Cinematic Universe in butterfly-effect scenarios. The first episode posed the question: what if Peggy Carter became the first Avenger?

It’s a spin on Captain America: The First Avenger that sees the super-soldier serum injected into Peggy instead of Steve Rogers, leaving the Cap we know as the diminutive guy he was at the beginning of the Second World War.

What follows is essentially a role reversal for the two characters, as Captain Carter – rather than Captain Britain, despite the Union Jacks across her outfit – takes down Red Skull, 1940s institutional sexism and a massive tentacled monster, the latter of which was probably the biggest departure from the original 2011 movie.

It also represents the biggest question mark hanging over 76201 Captain Carter & The Hydra Stomper, however, because it means there was an opportunity for something substantially different for the LEGO Marvel theme here – and instead, the LEGO Group has just delivered yet another mech.

Not that there’s anything inherently wrong with the bright green Hydra Stomper in that What If…? model, bar perhaps its ostentatious colour scheme next to the muted, earthy tones of the episode. It’s just that it feels overly familiar in a year that’s also seen 76190 Iron Man: Iron Monger Mayhem, 76194 Tony Stark’s Sakaarian Iron Man and three mini-mechs land on shelves.

An alternative set based on this first episode of What If…? might have opted for a dramatic diorama of the showdown between Captain Carter and whatever that weird monster was – Shuma-Gorath, perhaps, a possible villain for Doctor Strange in the Multiverse of Madness – in a similar premise to 2016’s 76060 Doctor Strange’s Sanctum Sanctorum.

That said, anyone watching that episode with no knowledge of its tie-in LEGO set would have easily pegged the Hydra Stomper as the obvious choice for a model. But that’s precisely why it feels like low-hanging fruit for the LEGO Group, and why a set with an alternative focus (ironically), or perhaps even simply a bigger budget to include more than just the mech, would have been way more interesting.

Still, it’s also worth acknowledging that the LEGO Group will likely have been working from concept art when coming up with its What If…? sets, given they’re launching in tandem with the show (a rarity for TV shows, if The Mandalorian is anything to go by). And its designers may therefore have had limited knowledge of the specifics of the episode, by which we mean the big tentacled beastie.

Plus, with three minifigures in the box – including a first MCU-specific Red Skull, and an alternate Captain Carter to the one in 71031 Marvel Studios – 76201 Captain Carter & The Hydra Stomper is still worth your time. (We called the build ‘surprisingly satisfying’ in our review.) Just hand Cap a sword and add your own tentacles…