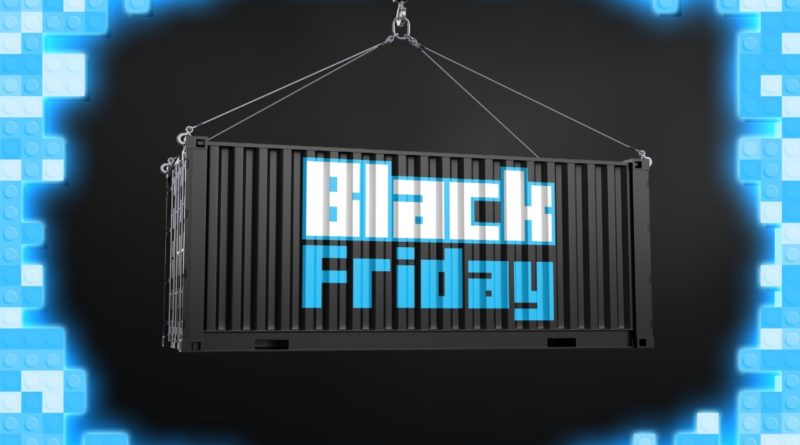 We’re just a couple of weeks away from the biggest shopping event of the year – but what should we expect from the LEGO Group this Black Friday?

This year, Black Friday falls on November 26, while Cyber Monday will follow on November 29. The other key dates to pop in your calendar are November 20 and 21, which – like previous years – will form LEGO VIP Weekend, a week ahead of the mainstream events. During that time, we’ll likely enjoy early access to Black Friday deals, as well as exclusive VIP Weekend-only offers.

But what exactly should we be expecting from LEGO VIP Weekend, Black Friday and Cyber Monday in 2021, given the current state of LEGO.com – where sets keep selling out left and right – and based on availability, offers and promos in recent years? We’ve broken it all down to give you a clearer idea of whether it’s worth saving your cash for later this month.

Last year, the LEGO Group gave away 40410 Charles Dickens Tribute with orders of at least £150 / $150 across LEGO VIP Weekend and Black Friday, while orders placed during LEGO VIP Weekend also scored 5006291 2×4 Teal Brick with a minimum spend of £200 / $200. That bonus freebie followed a buildable red brick in 2019, suggesting we could see another one this year.

Regardless of what else comes this year, at least one gift-with-purchase is already confirmed to kick off on Black Friday: anyone buying the newly-revealed 75313 AT-AT will receive a free 40483 Luke Skywalker’s Lightsaber. That promo will run through December 25, or while stocks last – which will probably be until a couple of hours after launch, if last year’s 5006290 Yoda’s Lightsaber is anything to go by.

If you’re looking to rack up a decent haul of LEGO VIP points, aim to concentrate your shopping across LEGO VIP Weekend. As the name suggests, that event is when the LEGO Group typically offers double VIP points alongside its other promos and gifts-with-purchase, while Black Friday through Cyber Monday is when we’re more likely to see discounted sets, exclusive promos and VIP rewards – but not double VIP points.

Black Friday through to Cyber Monday are typically the days to look for discounts at LEGO.com, marking the distinction between that four-day stretch and LEGO VIP Weekend. In 2020, the LEGO Group knocked up to 20% off a string of high-profile products and retiring sets, including 75244 Tantive IV, 10220 Volkswagen T1 Camper Van and 853967 Wooden Minifigure.

While there’s a good chance we’ll see similar discounts on retiring sets from November 26 to 29 in 2021, the LEGO Group’s booming sales numbers – combined with potential inventory issues – could also give it little incentive to mark down any of its current portfolio. The story of Black Friday in 2021 could therefore be less about discounted sets, and more about…

With a slew of LEGO sets due to retire by the end of 2021 – several of which have spent much of the past few months temporarily unavailable at LEGO.com – there’s a real possibility that LEGO VIP Weekend, Black Friday and Cyber Monday could be your last chance to pick up some of the LEGO Group’s biggest and best sets.

We’re talking particularly about models like 76139 1989 Batmobile and 21322 Pirates of Barracuda Bay, both of which are slated for retirement in 2021 – and neither of which has been available to order for some time. If the LEGO Group manages to conjure up stock in time for any of the three shopping events, you’re better off taking any opportunity to pick them up – even at full price.

Other major releases like 75192 Millennium Falcon and 21318 Tree House are proving similarly tricky to get hold of at the moment, so even while those two aren’t retiring any time soon, using them to take advantage of this year’s gifts-with-purchase and double points promos could be easier said than done. (Don’t worry: we can help! Just sign up to our stock alerts and we’ll email you when sets are available to buy.)

LEGO VIP Weekend will run from November 20 to 21 in 2021. We’re expecting early access to Black Friday offers, double VIP points and much more.

Black Friday falls on November 26 in 2021. Look out for exclusive offers and gifts-with-purchase from the LEGO Group, alongside the launch of its most expensive set to date in 75313 AT-AT.

Which LEGO sets will be on offer for Black Friday?

It’s too early to say which LEGO sets – if any – will enjoy discounts across Black Friday and Cyber Monday, but last year saw up to 20% off retiring sets including 75244 Tantive IV.