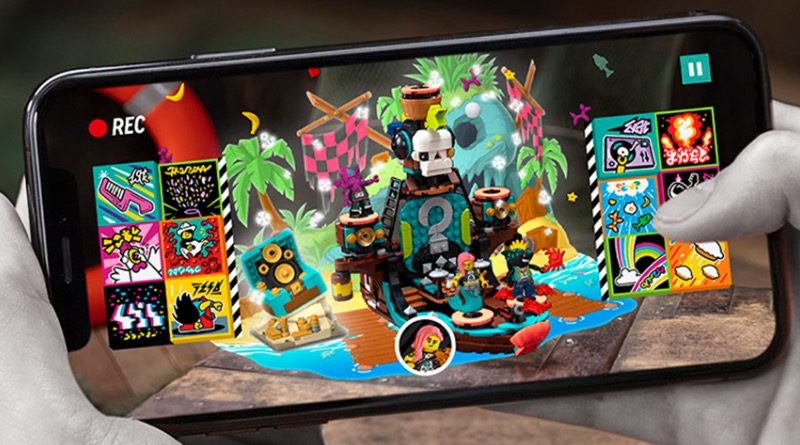 The LEGO Group has pushed the pause button on LEGO VIDIYO until 2023 – but what went so wrong with this latest attempt at an augmented-reality theme?

VIDIYO isn’t the first LEGO line to take advantage of AR tech, but it is the first one that’s done so to be officially put on hold. The LEGO Group very rarely reveals plans to sideline or retire a theme – they typically just fade away with little fanfare – but felt compelled to issue a statement yesterday after rumours emerged of VIDIYO’s imminent cancellation.

The company has now clarified that VIDIYO, which was born out of a collaboration with Universal Music Group, isn’t gone for good: instead, it’s just going on temporary hiatus.

“We’ve seen a positive response to the launch, but we’ve also received feedback from people that we could make the play experience across the app, BeatBits, music and minifigures even simpler,” the LEGO Group said. “So, we’re taking that onboard and together with Universal Music Group are going to pilot some new ideas in 2022, then release new play experiences in 2023 and beyond.”

Those vague references to a ‘positive’ reception notwithstanding, LEGO VIDIYO’s troubles arguably started from day one. The first wave of BeatBoxes offered a single minifigure, a few printed 2×2 tiles and a handful of single-use moulded elements for an eye-watering £17.99 / $19.99 / €19.99 – and in a tacit admission of that eye-watering cost, third-party retailers instantly marked them down by 33%.

Launch-day markdowns are generally unheard of where LEGO is concerned, so that move raised eyebrows everywhere (and also undercut LEGO.com, where they were still sold at full price – making them look even worse value). The accompanying 43101 Bandmates didn’t fare much better, offered in new blind-boxed packaging with an extra markup on standard Collectible Minifigures pricing.

Cost wasn’t the only early issue with LEGO VIDIYO, though: its accompanying app, which is arguably what the entire theme is built around, also came under heavy fire. Within days of its release on Google Play and the App Store, dozens of one- and two-star reviews criticised the app for its ‘slow and clunky interface’ and ‘frequent crashes’.

Users also very quickly picked up on the fact that VIDIYO’s app is effectively a closed ecosystem: while you can produce short music videos, you can’t share them with friends or family beyond the app’s own heavily-moderated feed. Great for child safety, but less great for showing off your directorial prowess (and therefore helping to promote VIDIYO).

The second wave of sets that arrived this summer in the UK and Europe (and will launch next month in the US) at least offer something in the way of an actual build experience, but the dismal performance and limited functions of the app have essentially already signed the (temporary) death warrant for VIDIYO.

It means the theme sits in stark contrast to Hidden Side, which also included an augmented-reality hook – but managed three full waves before being consigned to the LEGO retirement home. The key difference is that where VIDIYO relies almost entirely on the digital experience to get anything out of its BeatBoxes and Bandmates (beyond their admittedly groovy minifigures), Hidden Side only used its app to embellish what were already decent builds, packed with their own physical play features.

While sets like 43113 K-Pawp Concert and 43115 The Boombox have now attempted to bridge the gap between physical and digital worlds, the damage has already been done for VIDIYO. The LEGO Group says the current range of products will still be sold in stores – although hasn’t commented on the status of 43108 Bandmates, which was scheduled to launch in October – but don’t expect to see anything new until 2023.