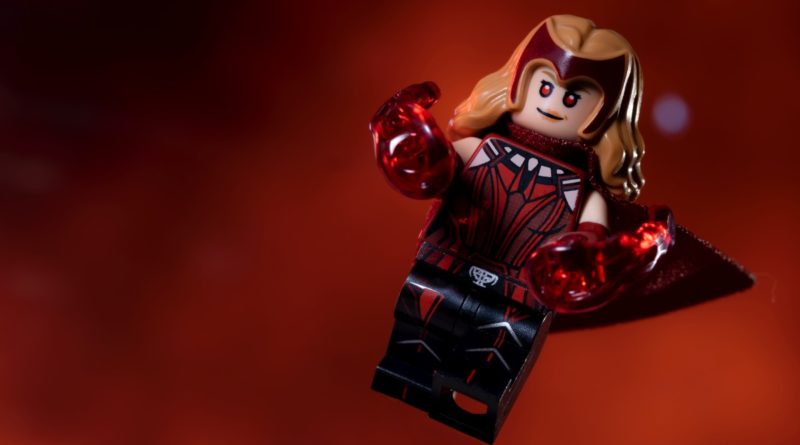 The newly-revealed LEGO 71031 Marvel Studios includes the most impressive version of The Scarlet Witch to date – but if you need a refresher on the character’s MCU journey so far, we’ve got you covered.

Wanda Maximoff (as is her real name, and the one used exclusively through the Marvel Cinematic Universe until this year) was first introduced to moviegoers in a mid-credits scene in 2014’s Captain America and the Winter Soldier, alongside her brother Pietro Maximoff (or Quicksilver). Both were then prisoners of Baron Strucker, leading into Avengers: Age of Ultron.

Following a brief flirtation with cartoon villainy alongside Ultron in the 2015 ensemble movie, Wanda and Pietro defected to join the Avengers. Quicksilver was killed in the carnage that unfolded at Sokovia, but Wanda has gone on to appear in three more films, including Captain America: Civil War, Avengers: Infinity War, and Avengers: Endgame.

Throughout all those movies, Wanda was never referred to as ‘The Scarlet Witch’, and links to her comics character were murky. That’s because Marvel deliberately avoided acknowledging her ties to the X-Men, a property that Fox originally held the movie rights to – until Disney acquired the studio in 2019, anyway.

That brings us full circle to this year’s WandaVision, the Disney+ series that serves as the inspiration behind the LEGO minifigure in 71031 Marvel Studios. While she shares the show’s title with Vision, another character in the latest batch of Collectible Minifigures, the mini-series is ostensibly Wanda’s story.

Spoilers follow, but to summarise: in the aftermath of Vision’s death in Avengers: Infinity War, Wanda creates an alternate reality as a coping mechanism, eventually leading to the introduction of villain Agatha Harkness (mysteriously missing from 71031 Marvel Studios), who – upon discovering that Wanda is using ‘chaos magic’ – brands her The Scarlet Witch.

It means the MCU’s Wanda finally takes the mantle she’s long held in the comics, and which she’ll presumably carry going forward into next year’s Doctor Strange in the Multiverse of Madness and beyond. And it also means she’s finally donned the comic book-style outfit we see represented in minifigure form in 71031 Marvel Studios, which is markedly different from every other Wanda MCU minifigure we’ve received so far.

For more on The Scarlet Witch and the latest series of Collectible Minifigures, check out our detailed review and our video explanation of all 12 characters. 71031 Marvel Studios will launch through official channels and third-party retailers on September 1.