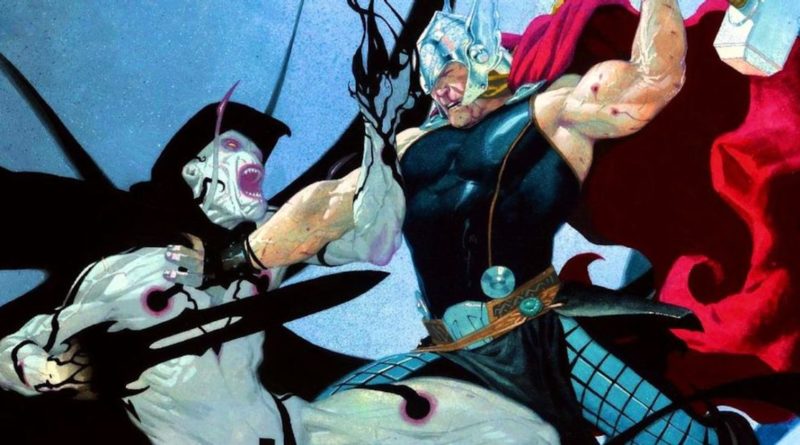 Gorr the God Butcher is rumoured to be the main villain in Marvel Studios’ upcoming Thor: Love and Thunder, but who is he?

The LEGO Group’s reveal of 76208 The Goat Boat has given us our first look at the set based on its apparent appearance in the forthcoming Marvel Studios film, Thor: Love and Thunder. As well as the longship itself, the LEGO set also includes five minifigures, one of whom is named Gorr.

Whilst the front of the 76208 The Goat Boat packaging shows a smiling version of the character, the back has Gorr attacking Jane Foster’s Mighty Thor with a black sword. The latter certainly makes much more sense, as the character is rumoured to be the main villain in Thor: Love and Thunder and his full title of Gorr the God Butcher doesn’t hint at a friendlier side. That may be a bit too dark for a LEGO set aimed at a younger audience, so it appears that this version of the minifigure will just be going by his first name.

The character of Gorr was first introduced in Thor: God of Thunder # 1 in 2013. The creation of writer Jason Aaron and artist Esad Ribic, this powerful villain has an intense hatred of all gods. After he witnesses the death of his family, Gorr refused to believe gods could allow such a thing to happen and sets out on a dark quest to rid the universe of the omnipotent beings. To this end he gained the All-Black the Necrosword from Knull the Symbiote God and uses it to slay others like him.

In Thor: Love and Thunder, the character of Gorr will be played by former Batman, Christian Bale. It’s not yet known how closely the character will mirror the comic book version, but if he truly is the movie’s villain, then the Son of Asgard will certainly have his hands full.

Whether Gorr will be revealed as friend or foe (or indeed both) remains to be seen, but we’ll find out when Thor: Love and Thunder is released on July 8, 2022. In addition, LEGO Marvel fans can pick up 76208 The Goat Boat when it’s available for purchase from April 26.