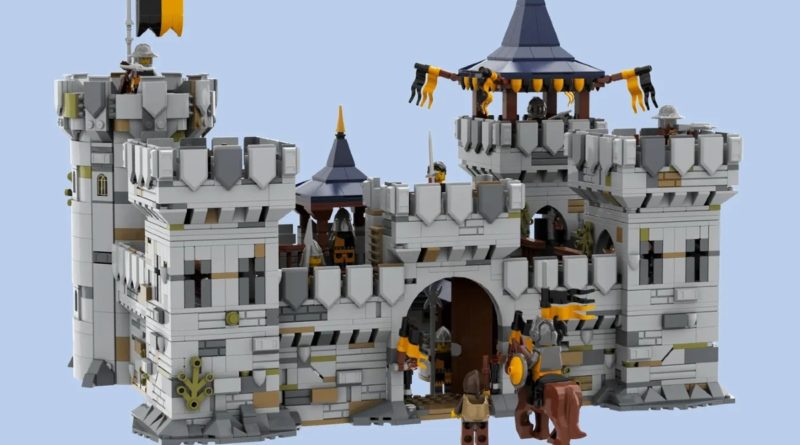 Rumours of the 90th anniversary LEGO set being based on Castle might make sense given the consistent popularity of the theme, and here’s why.

A recent report stated that the upcoming 90th anniversary LEGO set, for which a fan vote was held, would be based on Castle, rather than the other themes that made it to the final stage of the poll. As a reminder, the other product lines that were picked by fans included Pirates, Classic Space and BIONICLE. Castle was only added to that line-up since it was split into the various subthemes initially.

That alone might annoy some since it technically wasn’t in the top spot. But when you look at the evidence from a business perspective, there may be evidence to suggest that picking Castle makes the most sense.

It’s safe to say that some BIONICLE fans haven’t taken this unconfirmed rumour well, and that might be understandable given the theme was almost entirely celebrated by the fans during its 20th anniversary last year. BIONICLE is considered by many as the theme that brought the LEGO Group back from the brink of bankruptcy in the late 1990s and arguably deserves some official recognition from the company when an anniversary for it arrives.

However, that just hasn’t been the case with the latest official media for the theme being an episode of the LEGO Games podcast. One way that a fan decided to recognise the theme’s anniversary was with a rejected LEGO Ideas project that would later be picked for the BrickLink Designer Program’s first round. BIONICLE Legends from Sokoda faced an unfortunate lack of support in that round, meaning it didn’t become one of the five sets chosen to be put into production.

That response compared to the supported sets, which included a Castle project that sold double of the intended total, might have indicated to the LEGO Group that at the very least, Castle is much more popular than BIONICLE. However, the creator behind the model has stated that they believe this isn’t a reflection of the community.

As well as Castle in the Forest from the BrickLink Designer Program, LEGO Ideas has seen its fair share of castles and castle-inspired projects in recent years. For example, the first 2022 review round includes at least three that are based on the classic theme.

This, combined with the results from the BrickLink Designer Program, might have proven to the LEGO Group that a decent number of people are ready for a new LEGO Castle set. You might argue that the recent release of 31120 Medieval Castle and 21325 Medieval Blacksmith is enough Castle-related content. However, it’s arguably not hard to see why the LEGO Group may jump at the opportunity for another Castle creation, at least from a business perspective.

This rumour has yet to be proven and might turn out to be inaccurate when the 90th anniversary LEGO set is released later in 2022. There might still be a chance that it is based on BIONICLE, Classic Space or Pirates. Until it is officially revealed, we won’t know for sure. Whatever the result is, it might be best to focus on the anniversary and the build that we did get, rather than what could have been.

To keep your building skills honed before the model is unveiled, you can enter the 90th-anniversary contest on LEGO Ideas to be in with a chance of winning the set.