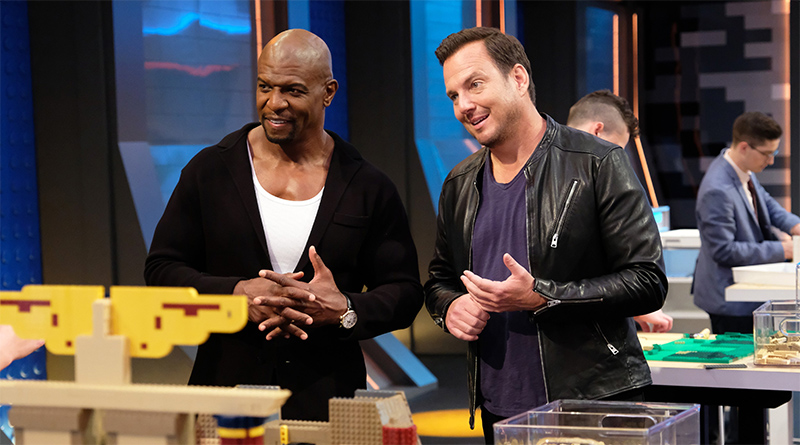 In a recent interview, Will Arnett has revealed his excitement for a potential LEGO MASTERS USA Season 2 and getting advice from Australian edition host Hamish Blake.

LEGO MASTERS USA Season 2 is not yet officially confirmed for a second season, but after proving a ratings success for Fox earlier this year and positive indications, it seems very likely to be back in 2021.

In an interview with Variety, host Will Arnett confirmed that he is keen for a second season of the show: “It was great to see Lachlan speak so supportively of the show. The feedback has been fantastic and so it would be exciting if we got to come back and make more episodes.”

He also talked about managing to capture some of the key moments on the long builds, where he spent a lot of time on set waiting for things to happen. “My friend Hamish hosts the Australian version, and so when I started on this, his advice was to stay close, even during those hours. Be constantly talking to the producers and either be on the floor or talking to the control truck, because stuff is going to happen. And you want to be there when it does. They’re going to be long, monotonous hours, it’s almost like a stakeout. But resist the urge to just check out.”

As an actor rather than a personality, Arnett also explained why this was the show he was willing to host: “If it weren’t for the fact that it’s LEGO, and something that I’ve been involved with now for 10 years, it probably wouldn’t be something that I would be inclined to do. But because of my relationship with LEGO through all the LEGO movies, it seemed like a natural fit. My experience was really great. I learned as I went and it was so such a positive environment. I constantly wanted to enhance that positive experience for the builders. I got to go every day and be on this journey with these people. And I really enjoyed that process. I wasn’t always great at it. But I did enjoy it. I don’t think that I’d be very good at going in and just doing something that I didn’t care about.”