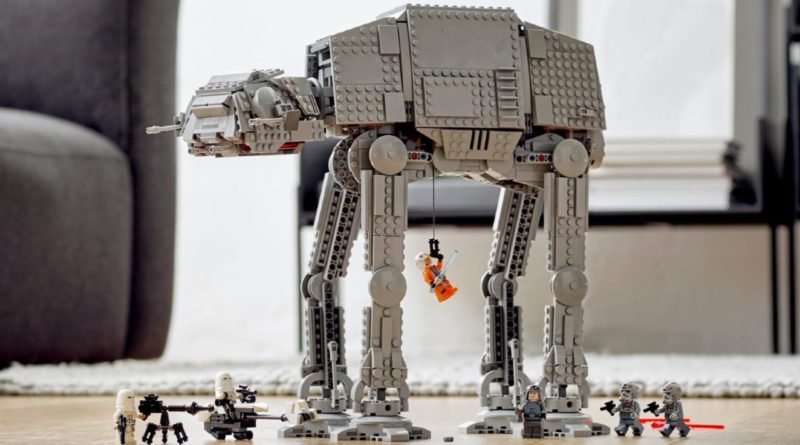 LEGO Star Wars: The Skywalker Saga releases on April 5 and that has us hoping that LEGO Group will bring back the tie-in sets in time for launch.

In 2020, near to the original release date of LEGO Star Wars: The Skywalker Saga, the LEGO Group released a collection of 10 sets advertising the game on the back, and some even came with codes to unlock content in-game.

Moving forward two years, the game has a new release date of April 5, 2022. However, most of the models have now been retired. There has been no announcement as to whether or not they may return now that the game has a fresh launch day, be they updated or the same as before. This may be unlikely considering the few builds that come back after retirement, including 92177 Ship in a Bottle and 92176 NASA Apollo Saturn V.

The models that didn’t include codes but were featured in the game included 75280 501st Legion Clone Troopers, 75281 Anakin’s Jedi Interceptor, 75283 Armored Assault Tank (AAT), 75284 Knights of Ren Transport Ship, 75286 General Grievous’s Starfighter and 75288 AT-AT. Only three of these are still available, with the others now retired.

The codes for most of those sets won’t be accessible physically around the world when LEGO Star Wars: The Skywalker Saga releases thanks to the delays, giving anyone who missed out on them fewer options to unlock the content.

No announcement has been made regarding the return of any of these LEGO Star Wars sets, with only a few months remaining before the game launches provided there are no further delays. However, 75280 501st Legion Clone Troopers, 75283 Armored Assault Tank (AAT), 75288 AT-AT as well as the code-containing 75292 The Razor Crest and 75293 Resistance I-TS Transport can still be ordered with only the last model officially retired, but in stock in the UK and Europe.

You can watch the new gameplay overview trailer to see which other sets are featured in the game. This includes a recoloured 75283 Armored Assault Tank (AAT) to match the colour scheme the vehicle had during the battle of Naboo.