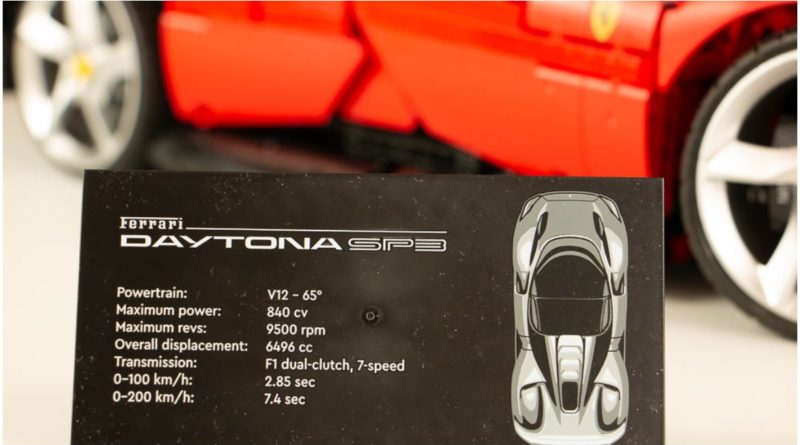 With the news that plaques on UCS Star Wars sets will be printed in future, rather than use stickers, has the LEGO Group ironed out the ‘dimple’ problem?

Stickers. They are the bane of the LEGO builder’s life. For every one that’s perfect, there are so many more that aren’t. There are the ones that go on at an angle, or aren’t centred properly. The ones that get a crease. The coloured ones that don’t match the brick or tile they’re being placed on. And then there are the ones with a detail printed on to a clear sticker. Dust! Fingerprints! Nightmare!

But of all the stickers that you can apply, the ones that strike fear into all but the most hardy builder, the ones that clutch your arm with their icy fingers (can a sticker have fingers?) and shake it at just the wrong moment, are Ultimate Collector Series plaque stickers. Some small stickers are squirrelled away in hard to reach places and if they’re wonky, it’s likely that it’s only you who will notice. But the plaques that come with all the LEGO Star Wars Ultimate Collector Series sets, and an increasing numbers of flagship sets from other themes, are destined to be displayed proudly, with any mistakes glaringly visible to all.

So when the LEGO Group recently announced that plaques would, in future, be printed, it was answering a plea that had been… plea’d… for years. But is it the solution everyone had hoped for? Earlier this year,  the Technic set 42143 Ferrari Daytona SP3 was released and it came with not a sticker, but a printed plaque. Was everyone happy? Well, no.

For there, in the centre of the plaque, was a dimple. This is nothing new. The dimple is part of the moulding process, and has featured on every plaque thus far. But it’s always been covered up with a sticker. But not any more. Is that it though? Are we destined to have dimples as a trade off for properly aligned, bubble and dust free plaques? Maybe. Maybe not.

In the limited edition book, ‘The Sense of Perfection’, that was produced to accompany the Ferrari, there were a number of interviews, including Graphic Designer, Andre Sang-Te Stenbryggen and Mechanical Engineer, Christel Nissen Salling. One of the things they talked about was a new element that was designed for the set, a 2×1 piece that, side on, looks like an apostrophe.

This was used in a number of areas in the set, but most prominently, at the very centre of the nose, where the Ferrari badge would be placed. The moulding process meant that there would be a mould separation line down the middle of the plate, and despite it being covered with a sticker, it was deemed ‘not good enough’. As a result a new mould was designed that put the separation line right at the edge, where it was less visible.

Given the prominence of the UCS plaques, and the attention to detail that the LEGO Group has, might we see a redesigned plaque that solves the ‘dimple’ problem? There’s been nothing said so far, but watch this space.

If you’re tempted to buy some LEGO then please use our affiliate links. Every purchase helps support Brick Fanatics. Thanks.