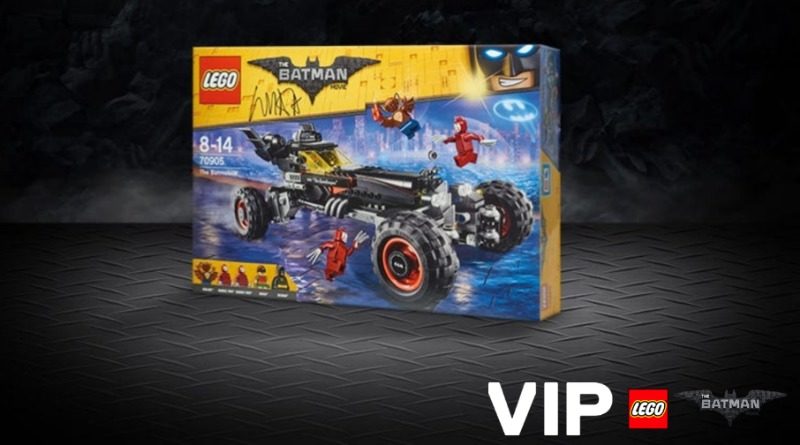 A copy of 70905 The Batmobile signed by Will Arnett is up for grabs in the LEGO VIP Rewards Centre.

The retired The LEGO Batman Movie set carries the signature of Batman himself, or at least the actor who portrayed him. That makes it a pretty killer prize for Bat-fans.

You’ll need to cough up 50 VIP points to be in with the chance of winning the sweepstakes, which runs until November 1. And if you want to increase your chances of bringing home the Batmobile, you can enter up to 15 times. (That’s 750 points in total, maths fans.)

LEGO.com is currently offering double VIP points site-wide until October 20. That’s equivalent to 10% cashback, rather than the usual 5%, so it’s a great time to pick up those LEGO-exclusive sets, like the recently-released 75290 Mos Eisley Cantina.