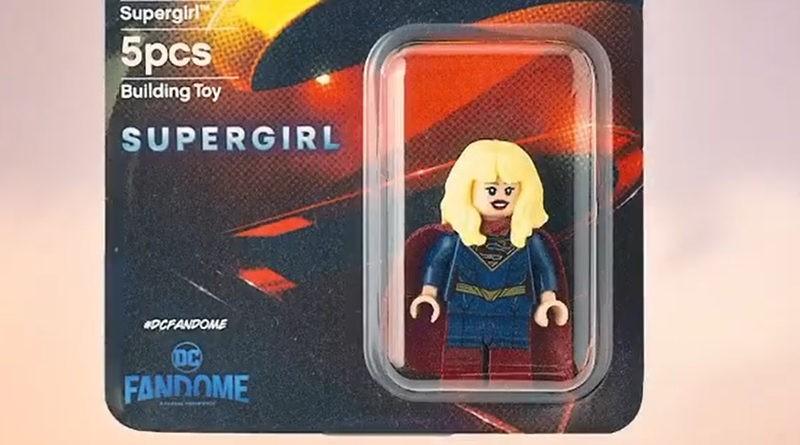 There’s an exclusive LEGO Supergirl minifigure on the way with this weekend with DC’s virtual FanDome event.

DC FanDome is the online convention that the comic book and entertainment behemoth is running due to the cancellation of a physical San Diego Comic Con, and there’s a LEGO exclusive minifigure for fans to try and acquire. The Brick Fan reports that Supergirl will be the event’s limited edition minifigure, with only 1,495 up for grabs.

The LEGO Supergirl minifigure will be given away in a random draw, so dans will need to head to www.dccomics.com/dcfandomesweeps at 10.00am PST on August 22. There will be 41 draws in total throughout the weekend to give away 1,495 minifigures, with a limit of 10 entries per person.

It looks like the minifigure is inspired by the television series Supergirl, in which Melissa Benoist plays the titular character.

Past convention exclusives are currently being given away via the LEGO.com VIP Reward Centre, with the latest prize being Marvel’s Pheonix, originally available at San Diego Comic Con 2012.