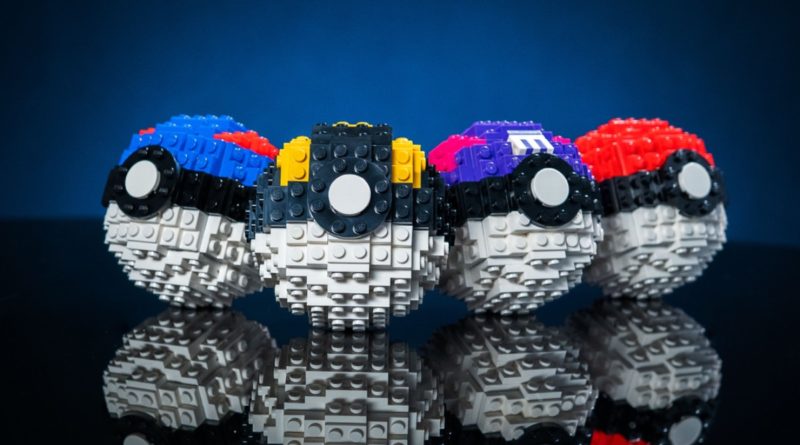 To celebrate the latest additions to its life-sized LEGO Pokémon range, Bricker Builds is giving away three Poké Balls to one lucky winner.

Alongside its enormous life-sized LEGO Pokémon sculptures – including Pikachu, Eevee, Piplup and Turtwig – Bricker Builds also offers a range of four different Poké Balls. And to celebrate the recent expansion of its Generation I line-up (just in time for the launch of the new Pokémon Diamond and Pearl remakes), it’s giving away a choice of any three of its Poké Ball designs.

You could choose three classic Poké Balls, a mix of three different balls from the selection, or really any combination you prefer from the available range. These Poké Balls don’t just differ in colour, either: there are also slight variations in design and piece count, so each one matches its source material as closely as possible.

Life-sized sculptures are pretty much the biggest hole in the LEGO Group’s official portfolio at the moment, but it’s one Bricker Builds is filling nicely with its enormous helmets, weapons and Pokémon. You can check out the full range of sculptures on offer – many of which are available to purchase with the necessary official LEGO bricks alongside instructions – on Bricker Builds’ website.

And while you’re there, you can claim up to two entries in the great Poké Ball giveaway. When you land on the site, you’ll see a pop-up box to unlock 10% off your first order by signing up to Bricker Builds’ newsletter, with options for entering your email address and mobile number. You’ll gain one entry into the prize draw per each of those contact details.

Bricker Builds is also running two promotions this week: first, any order for a bricks and instructions combo before November 30 will receive a free 2×2 printed LEGO tile to celebrate Bricker Builds’ first anniversary; and second, it’s currently midway through its Bricksmas event, during which six builds will be available to buy in bricks for the first time.

The first four of those are huge, life-sized sculptures of Eevee, a Darth Vader bust, Mjolnir and Captain Rex’s helmet. The last two will be unveiled later this week, but we’ve got a feeling we already know what one of them is…

Bricker Builds’ Poké Balls giveaway is open worldwide, and you’ve got until 6pm UK time on Thursday, November 25 to enter. Remember, you’ll need to do so by joining Bricker Builds’ mailing list, so click through now to sign up and be in with a chance of winning.