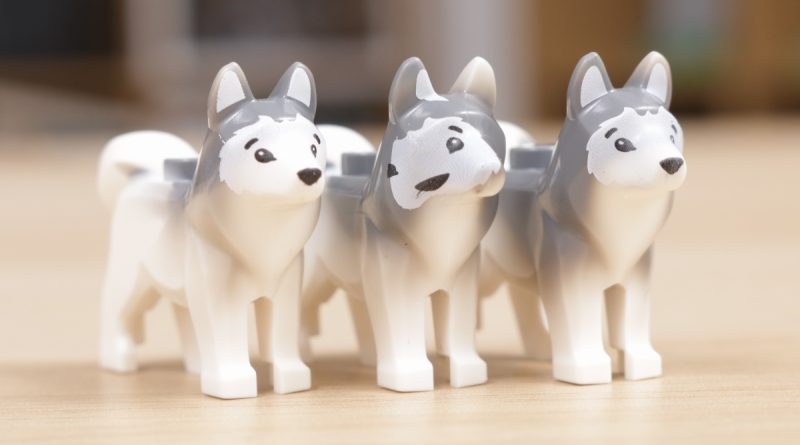 We’ve got our hands on a rare misprinted LEGO Husky dog piece – and we’re giving it away to one lucky Brick Fanatics reader.

Donated by Brick Fanatics reader Oscar (in exchange for money to spend on more LEGO!), this misprinted Husky is either an adorable accident or the stuff of nightmares, depending on your point of view. Either way, its face is definitely not where it should be, and that makes it a pretty rare piece in the LEGO element library. If you want to get your hands on it, you’ll need to sign up to the Brick Fanatics newsletter below.

Misprinted elements do happen, of course, but they don’t come around that often – so when they do, they’re often worth a fair chunk of change to collectors. In fact, you might be surprised to learn that there’s a sizeable market out there for misprints, prototype pieces and all sorts of LEGO odds and ends – which this Husky dog falls squarely into.

First released in 2014 as part of LEGO CITY’s Arctic subtheme, the venerable Husky dog has since shown up in no fewer than 21 sets, across themes including CITY, Ideas and NINJAGO. One of its most memorable appearances in the past couple of years is in 21325 Medieval Blacksmith, where it took the place of the goat proposed by LEGO Ideas fan designer Clemens Fiedler (much to the chagrin of the community).

A variant of the Husky dog arrived in this year’s Collectible Minifigures 71032 Series 22, swapping black eyes for blue and dark grey fur for light grey. Otherwise, all the Huskies released since 2014 – including the one in January’s 60327 Horse Transporter – have all shared the same basic design. But they aren’t all exactly the same: the marbled effect of their grey fur means there are actually tiny differences across each dog’s printing.

None of those come close to the colossal difference in this dog’s face, though. If you want to be in with a chance of winning it for yourself, subscribe to the Brick Fanatics newsletter by the end of Monday, August 15, by filling in the form below.

As well as entry to this and all future giveaways, newsletter subscribers benefit from the latest LEGO news, features, reviews, launch reminders and more, all delivered straight into your inbox. The misprinted Husky is one good reason to sign up, but there are plenty more reasons to stay subscribed.

This prize draw is open to subscribers worldwide. We reserve the right to re-draw winners if prizes are not claimed within 48 hours after being notified. Good luck!

Support the work that Brick Fanatics does by purchasing your LEGO through our affiliate links and subscribing to our newsletter.