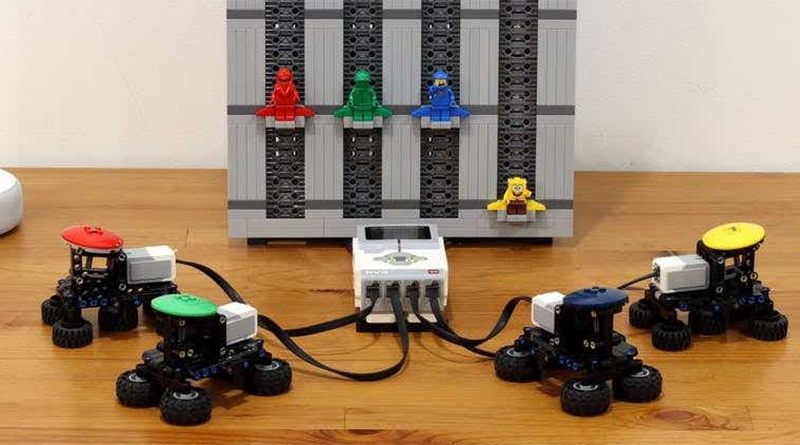 The winners of the LEGO Group and Amazon’s competition to code with LEGO MINDSTORMS and Alexa have been announced.

Last year, the LEGO Group and Amazon announced a special contest requiring entrants to come up with an outside-the-box voice powered experience that would combine Amazon Alexa and the LEGO MINDSTORMS EV3.

Now, the winners have been revealed. The best entries tested the possibilities of what is possible by combining LEGO MINDSTORMS and the Alexa Gadgets Toolkit to create “voice-powered experiences”.

A panel from the LEGO Group and Amazon judged the submissions on criteria including voice integration, LEGO innovation and the development. In total, the winners are taking home $100,00 in gift cards.

The Grand Prize has gone to Jason Alleman, a LEGO fan who has had more than one Ideas set make it all the way to shop shelves. He won with ‘Game Station: Challenge yourself and your friends with interactive games powered by Alexa’.

Here are the rest of the finalists:

“We believe anything is possible when it comes to building with LEGO products and we challenge ourselves to inspire our creators in new ways every day. For the last 20 years LEGO MINDSTORMS has delivered powerful technology in an accessible way that helps people bring their builds and imaginations to life,” says Tom Donaldson, Senior Vice President of the LEGO Creative Play Lab.

“We were excited to see how our community would take their LEGO MINDSTORMS creations one step further by integrating Amazon’s voice-powered technology and we certainly weren’t disappointed. The submissions showcase the amazing creativity of our LEGO MINDSTORM builders and demonstrate the sheer breadth of new experiences that can be built with our iconic products.”

The Grand Prize winner’s creation will be on display at the annual LEGO World event in Copenhagen, so attendees can try out the Game Station.