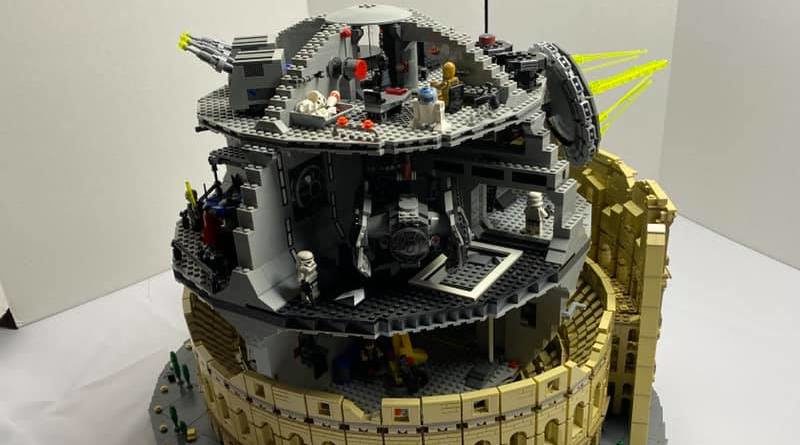 It’s the answer to the question we’ve been asking since LEGO 10276 Colosseum was first announced: yes, the Death Star can fit inside.

You can’t tell us you weren’t curious about whether 10188 Death Star could slot nicely into the Colosseum’s base. It’s basically a big grey ball, and the Colosseum is round, so… it’s just maths?

And just like that, Ian Vining has done the sums, by which we mean dropped his Death Star into the largest LEGO set ever released. But rather than seeing these two huge sets collide in an intergalactic disaster – the kind that could see 12,389 bricks scatter across his table, living room floor, and probably into the great beyond – Ian was instead greeted by a marriage of perfect proportions.

Just look how neatly the Death Star sits in the Colosseum. It’s like it was meant to be. There’s probably an allegory to be had here – something about the height of the Roman Empire and the parallels with the Galactic Empire – but this isn’t a history lesson. It’s a maths lesson, and we’ve just learned a whole lot about the geometry of these two LEGO models.

Okay, yes, £449.99 is a lot of money to spend on a fancy base for your LEGO Death Star. But if you really want both these sets and only have room to display one, well, now you know what to do: go forth and spend. We’ll take full responsibility when your bank account starts weeping.

Support the work that Brick Fanatics does by purchasing your LEGO Colosseum through any one of our affiliate links.