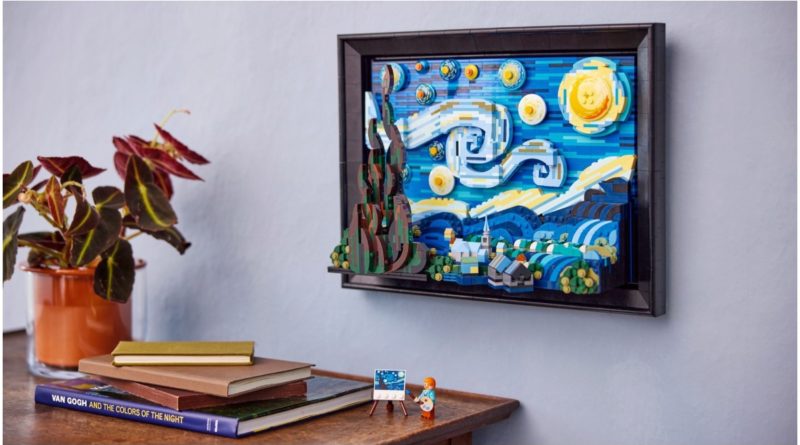 A LEGO set inspired by Dutch artist Vincent Van Gogh is now up for grabs for non-VIP LEGO fans, courtesy of the LEGO Ideas theme.

21333 Vincent Van Gogh – The Starry Night is an unusual new LEGO set that recreates one of the world’s most iconic paintings. The Starry Night was produced in 1889, capturing the view from a window of the Saint-Remy-de-Provence asylum. It is often considered Van Gogh’s magnum opus, and now forms part of the permanent collection at the Museum of Modern Art.

The LEGO Group’s version of the painting uses a mix of off-the-shelf pieces and exclusive printed elements. Its use of blues and yellows makes the picture instantly recognisable, and other features of the painting like its rolling hills, smattering of builds and tree in the foreground are also included.

There’s even a Vincent Van Gogh minifigure, inspired by one of his self portraits. The artist comes with a tiny paintbrush, easel and palette for a more authentic scene; the latter element features exclusive printing to ensure maximum accuracy. The entire set can be hung on the wall thanks to an attachment point on the back.