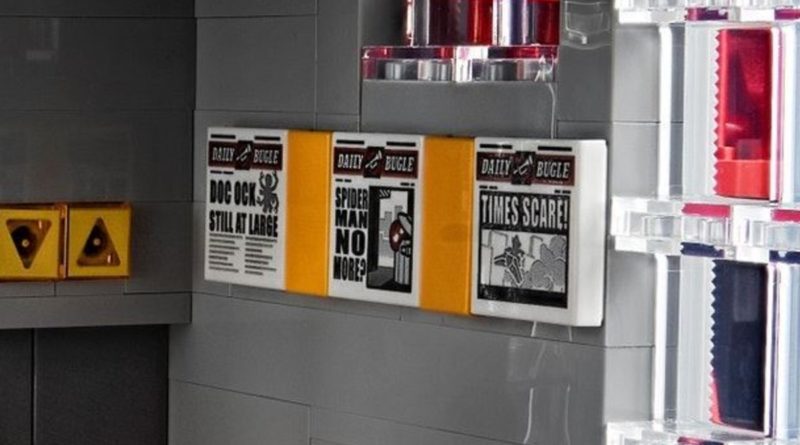 Those hoping to own a part of classic LEGO Marvel following the new Spider-Man: No Way Home trailer can still do so with just one set.

Anyone who has yet to watch the first trailer for Spider-Man: No Way Home or wants to refrain from doing so may want to click away as we’ll be discussing the biggest reveal from the teaser in this article.

Following the unveiling that the Marvel Cinematic Universe is about to become the Marvel Cinematic Multiverse with the introduction of Alfred Molina’s Doctor Octopus from Spider-Man 2 in 2004, we’ve already discussed how his only minifigure may be about to surge in price on the secondary market with the film’s accompanying range of sets being long since retired.

However, those hoping to own their own piece of LEGO Marvel nostalgia whilst staying in the bounds of modern, official LEGO models can do just that as a certain newspaper has recently done some reprinting. As pictured in the image above, the Daily Bugle is on the scene of 4855 Spider-Man’s Train Rescue, reporting the multi-armed menace’s ongoing presence in New York. That story, and that specific print, is now in production again.

It seems that the LEGO designers can add predicting the future to their design portfolio as the newspaper tile from the 2004 set has returned after 17 years in 76178 Daily Bugle. The classic newspaper page sits proudly in the bullpen of the office building and is identical to the design featured in the older build.

Should the biggest LEGO Marvel model ever released be a bit out of your budget range, then a trio of sets have already been revealed for Spider-Man: No Way Home with 76184 Spider-Man vs. Mysterio’s Drone Attack, 76185 Spider-Man at the Sanctum Workshop and 76195 Spider-Man’s Drone Duel due for release on October 1. Two more are also rumoured for 2022.