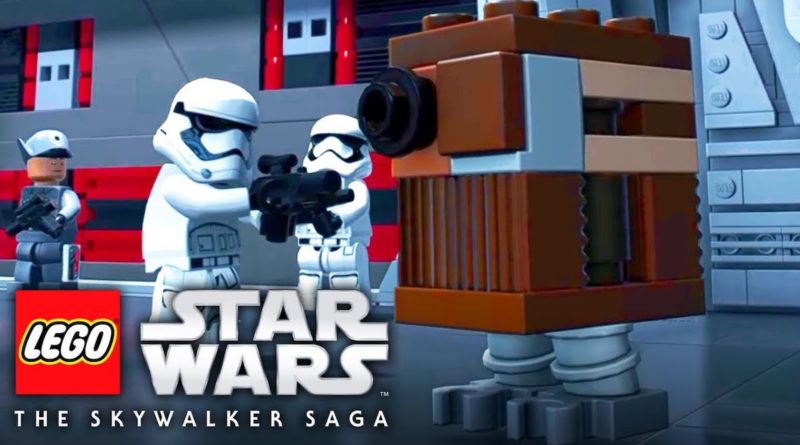 With just over a week to go until the release of LEGO Star Wars: The Skywalker Saga, anticipation for the long-awaited game is starting to reach fever pitch. To promote the launch of the TT Games title, WB Games has created a unique LEGO GNK Power Droid puzzle set that appears to have been sent out to select fan media.

YouTuber BattlefrontUpdates released a livestream today that revealed a first look at the set which is said to be a limited edition of 100. Contained within a large black LEGO Star Wars: The Skywalker Saga branded box is a grey LEGO GNK Power Droid model that is in fact a seven-step puzzle. The set is said to not be for resale, but copies will undoubtedly end up on the secondary market at some point.

In his video, BattlefrontUpdates attempts to take on the challenge of opening up the droid, only to discover it has arrived broken. The damaged promo set also includes a cheat guide booklet for those struggling to solve the puzzle and reveals what’s ultimately inside. We won’t spoil the surprise for you here, but if you watch the video, the mystery of the LEGO GNK Power Droid is eventually shown.

It looks as if TT Games is going all-in with GNK (or Gonk) droids in LEGO Star Wars: The Skywalker Saga, as evidenced by our earlier report. The game also includes an unlockable Super GNK droid extra, which adds a speedy, invincible golden GNK droid (with moustache), Gonkatine, a Palpatine/GNK droid hybrid character and a GNK Power Cruiser ship.

LEGO Star Wars: The Skywalker Saga will be released on April 5 in a variety of formats. Check out our full pre-order guide to find out more about the game.