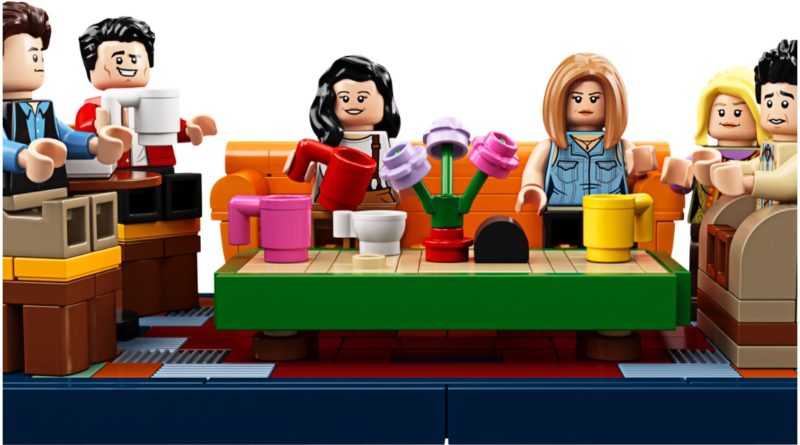 The retiring 21319 Central Perk – which depicts the sitcom Friends in LEGO form – is available for an excellent price in the current Zavvi LEGO deals.

First released back in late 2019, 21319 Central Perk has proven a very popular product in the LEGO Ideas line. The set usually carries a price tag of £69.99. Zavvi currently has it on sale for £48.99, which represents a 30% saving over the original price.

Over its long lifespan, the LEGO Central Perk has sold out on several different occasions, reflecting its impressive popularity. It’s also gone on to inspire a companion set, 10292 The Friends Apartments, and arguably inspired sets like 21328 Seinfeld as well. Notable features of this product include a large cafe area with plenty of seating, an elaborate counter with a till, shelving and a coffee machine – and even stage lights around the ‘set’.

References to the show can be found here, such as Phoebe’s guitar and an exterior advertisement featuring Joey. Naturally, all six friends, as well Gunther, Central Perk’s manager, can be found here too. For fans of the show, 21319 Central Perk may be the perfect entry point into the world of LEGO.

That said, if you’re interested in picking it up, now might be one of your last chances. The retiring 21319 Central Perk is due to leave store shelves by the end of this year, and it’s unlikely you’ll see a deal this good on the set going forward.

Delivery on Zavvi orders starts at just £1.99, although you can also choose next day delivery for £5.99. You can also have orders sent to the US from only £3.99.

To support the work we do here at Brick Fanatics, make sure you visit Zavvi using the affiliate links on this page.