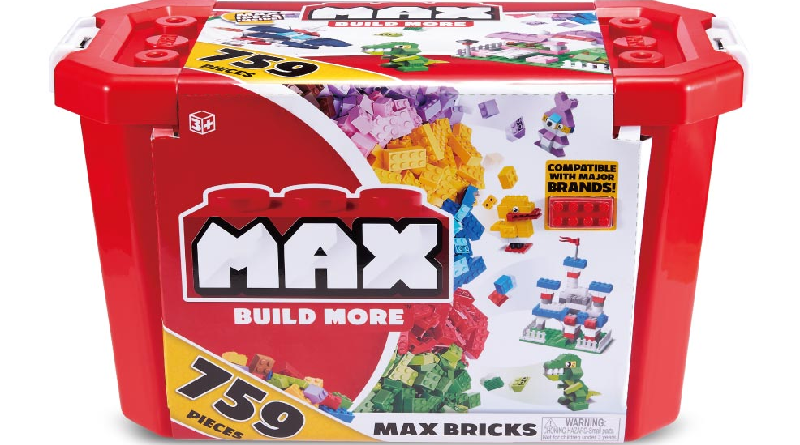 The LEGO Group’s action against toy manufacturer and distributor Zuru has stopped the company from selling figures, but not building blocks or tape.

A legal battle between the LEGO Group and Zuru started back in 2018. Toy manufacturer and distributor Zuru had launched MAX Build More and Mayka construction toys at Wal*Mart.

MAX Build More is a range of construction toys. The focus of the marketing is based on getting more bricks for buyer’s bucks – “It’s the same great play experience as other brands – just at a better price,” the MAX Build More website proclaims.

Now, the US Federal Circuit court has come to a decision after Zuru appealed a ruling made by the District Court. Zuru had appealed a decision to ban the company’s minifigures, arguing that the figures should only have been compared to the LEGO Group’s copyright registration images and that there are differences between the company’s figures.

Lexology reports the court’s response: “[t]he standard test for substantial similarity between two items is whether an ordinary observer, unless he set out to detect the disparities, would be disposed to overlook them, and regard [the] esthetic appeal as the same.”

The ruling agaisnt the minifigures was therefore upheld, but Zuru will be able to continue to manufacture building blocks and tape that bricks can be attached to. In the case of the bricks, the article reports that “because LEGO conceded that there was no actual or potential loss of market share, the court held that the district court abused its discretion in granting the injunction against the sale and distribution of the ZURU Bricks.”

There was also no “irreperable harm” resulting from the brick tape and no similar product in the LEGO protfolio, meaning that Zuru can continue to distribute it.