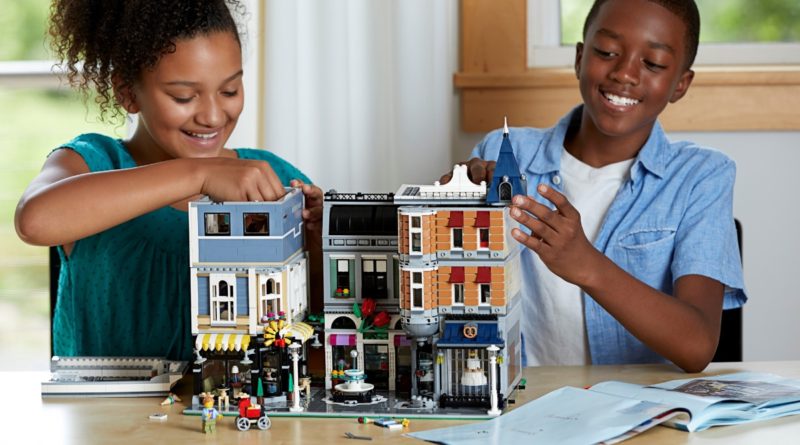 The 10th anniversary LEGO modular building has sold out again worldwide, making the oldest Creator Expert set in the series harder to acquire.

While it isn’t scheduled to retire until 2023 10255 Assembly Square is no longer available for the time being on the official online store as stock has temporarily run out in the UK, Europe and the US.

10297 Boutique Hotel launched earlier this month as the 15th anniversary model in the LEGO modular building line, but before that the widest build in the collection so far – 10255 Assembly Square – was the only special set to celebrate the range. It includes 4,002 pieces and eight minifigures and is the oldest modular building that is not yet retired.

10255 Assembly Square might be a challenge to fit into your street since it fits over one and a half full baseplates, but should you find a spot for it then it will add a coffee shop, music and photo studio, bakery and an apartment filled with miniature models to your city.

The build was also featured in Brick Fanatics’ Top 20 LEGO sets list, where it has been temporarily removed until it comes back in stock. When it is back on LEGO.com, it will be added to the list again and you can keep track of the next chance to buy 10255 Assembly Square before it retires by signing up for our LEGO Stock Alerts.