Brick Fanatics is dedicated to all things LEGO, bringing you the latest news and reviews, as well as the best features and builds from the LEGO community. Brick Fanatics was formed by Richard Hayes in 2010 and is today owned and managed by Tiro Media Ltd.

For 12 issues published from 2018 to 2019 in stores and sold online, Brick Fanatics also produced a print magazine, offering LEGO insight, ideas and inspiration across a unique platform. These issues are available to purchase, whilst stocks last.

Write or build for Brick Fanatics!

Brick Fanatics is an established website within the LEGO world and community, with a large and rapidly-expanding audience. Run by a team of AFOLs with a passion for all things brick-based, we are a Recognised Fan Media website, as part of the LEGO Group’s RLFM Support Program. And we’re always on the lookout for new talent to join the team.

Are you ahead of everyone when it comes to the latest LEGO news and views?

Perhaps you are a connoisseur when it comes to LEGO sets or video games, with an opinion, experience or observation worthy of making any LEGO set review that much more intriguing?

Or are you a builder with the flexibility and brick vocabulary capable of turning almost anything into LEGO form?

Whatever your calling, if you’d like to join the Brick Fanatics family and become part of a team whose love, passion and very existence is all things LEGO, then email our Editor, Graham, at graham@brickfanatics.com.

*Please note, photography is an integral part of any LEGO reviewer and builder’s repertoire. The ability to photograph LEGO to a publishable standard is required for any Brick Fanatic.

The team behind the website are all Brick Fanatics themselves, each bringing expertise about a different area of the LEGO hobby.

Graham is Editor of brickfanatics.com, with plenty of experience working on LEGO-related projects. He has contributed to various websites and publications on topics including niche hobbies, the toy industry and education.

If you would like to get involved with Brick Fanatics, as a builder, writer or photographer – then please contact Graham at graham@brickfanatics.com.

You can connect with him via Facebook or Twitter, where he is always keen to talk LEGO.

As one half of Tiro Media Ltd, Rob mixes a passion for print and digital media production with a deep love of LEGO and can often be found on these pages eulogising about LEGO Batman, digging deeper into the LEGO Group’s inner workings, or just complaining about the price of the latest LEGO Star Wars set. Make a great impression when you meet Rob in person by praising EXO-FORCE as the greatest LEGO theme of all time. 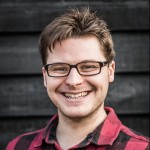 Sébastien Daniell
As a child, LEGO was always my favourite toy and now as an adult it appears nothing has changed. I emerged from my dark ages in 2011 after rediscovering my old sets in my parents’ attic and haven’t looked back since. I’m a big fan of the licensed themes particularly, DC/Marvel Super Heroes and Lord of the Rings, though Creator Expert provides a challenging and technical build I’m rather fond of.

Keith D’Souza
I am currently an expat living out in Basel, Switzerland, but have a firm footing back in the UK when time permits. I have had LEGO ever since I can remember — and only since my wee one came along have I re-kindled the flame for building again. Over the last decade I have been actively involved in diecast forums under the name of keefyd and I run matchbox1-75.co.uk, a resource site for the 1-75 series of miniatures by Matchbox.

Daniel Konstanski
When I was three years old my dad bought home 6659 TV Camera Crew as a gift — he had no idea what he had just unleashed. Three decades and no dark age later, I am still going strong. My love of LEGO led me to a career in Civil Engineering and I am now raising three budding LEGO lovers with my lovely wife. When not writing for Brick Fanatics or fulfilling my duties as U.S. Editor at Blocks magazine, I enjoy collecting, MOCing, exhibiting, as well as running, climbing and home improvement.

Johnamarie Macias is the keeper of TheWookieeGunner.com. She also writes for Jedi News and podcasts in a variety of shows, including Star Scavengers, a LEGO Star Wars podcast with a focus on The Freemaker Adventures. 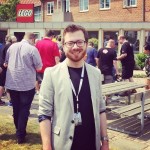 Chris Wharfe
I like to think of myself as a journalist first, LEGO fan second, but we all know that’s not really the case. Journalism does run through my veins, though, like some kind of weird literary blood – the sort that will no doubt one day lead to a stress-induced heart malfunction. It’s like smoking, only worse. Thankfully, I get to write about LEGO until then. I’m also Associate Editor for Blocks magazine, and dabble in content strategy, writing and PR for a few non-LEGO platforms.