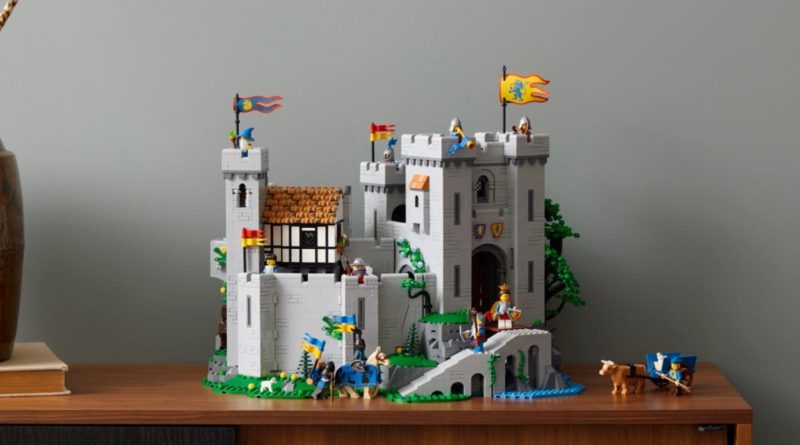 LEGO ICONS 10305 Lion Knights’ Castle is now available and one of the 22 minifigures appears to be a reference to Monty Python.

The LEGO Group is now 90 years old, and 10305 Lion Knights’ Castle is one of a few sets released for the occasion, paying tribute to the legacy of LEGO Castle in one of the largest brick-built fortresses ever built and 22 minifigures.

Within those 22 minifigures is one knight wearing a large backpack with a flag sticking out, which closely resembles the design of Patsy from Monty Python, a fact that the Monty Python Twitter team were quick to point out.

Whether this is a reference to the historic comedy series isn’t confirmed, but the similarities present indicate that it might be one, and we’re certain there are a few more Easter eggs hidden within the depths of 10305 Lion Knights’ Castle.