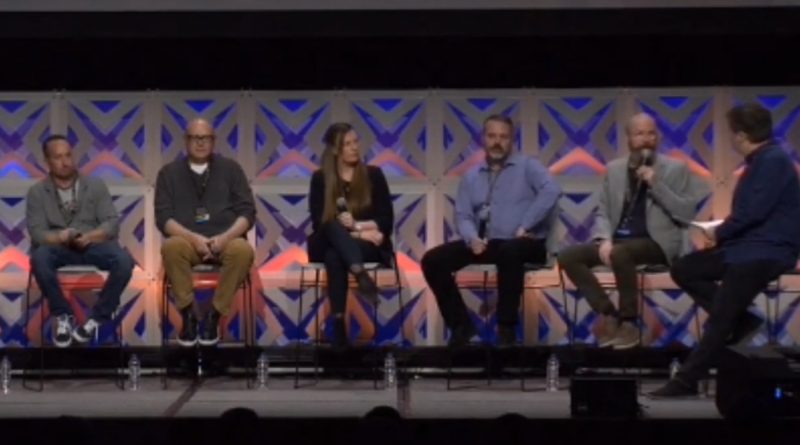 With Star Wars Celebration Chicago taking place 20 years since the LEGO Group and Lucasfilm first collaborated to produce Star Wars construction toys, it understandably had more LEGO Star Wars programming than is typical. The biggest live content was on Friday, April 12, when 20 years of the LEGO Star Wars Story took place on the Galaxy Stage at 1.30pm.

It was a big stage for LEGO Star Wars to command, and perhaps due to a lack of information about what the talk would entail, there were plenty of empty seats remaining when the start time arrived.

The theme of the discussion was reminiscing about the last 20 years of LEGO Star Wars, with each person on stage contributing different recollections. With so many panellists, it was 15 minutes in before the conversation moved past childhood LEGO and Star Wars experiences. Once it did, fans were treated to anecdotes about LEGO product design, crafting animated stories and producing beloved video games.

“I had just been there a couple of months then here comes the LEGO team with these new designs. I was just a Padawan at the time, but one of the first things we did there, we were designing models and I put them together and so I spent a day putting this stuff together and at that point I figured this is going to be a pretty cool job,” Chris Gollaher recalled from the very earliest days of the LEGO Star Wars collaboration.

“One of my favourites is Sebulba’s podracer,” said Jens Kronvold Frederiksen. “The challenge of Sebulba’s podracer both because of the shape, we could clearly see it was going to be a difficult one to create and then I really love the striking colour scheme.”

Keith Malone shared a story about Revenge of the Brick: “One of my personal favourite moments was the first piece of animated content that we did, back in 2005, there was a small documentary about the making of that and it was Mark Hamill who narrated the documentary. So he came and said, ‘hi I’m Mark’, and I was like’ yeah, I know you are’.”

“I got a call early in 2015 saying would you like to do a few things geared towards The Force Awakens,” Michael Price recalled. “So I was like, ‘yes of course,’ so we did these things called Resistance Rises. But what happened was, the movie wasn’t finished yet, it was half done. I had an amazing experience because I went to Josh’s office in Burbank and they locked me in a room and I read the script, the screenplay for The Force Awakens and I was like oh my gosh, I know all these things. Then we had to write all these things not knowing what anything was.”

The animated specials and series have become their own LEGO Star Wars universe over the past eight years. “Even beyond the Freemaker [Adventures], seeing relationships that Mike Price created like the Emperor and Darth Vader, with that very sort of office like vibe. Bill and Bob and the Freemaker creative team pulled that relationship into Freemaker Adventures, and Jek-14 guest starred and they are great characters that came from Freemaker Adventures that have lived all over the LEGO Star Wars timeline,” Joshua Rimes explained. 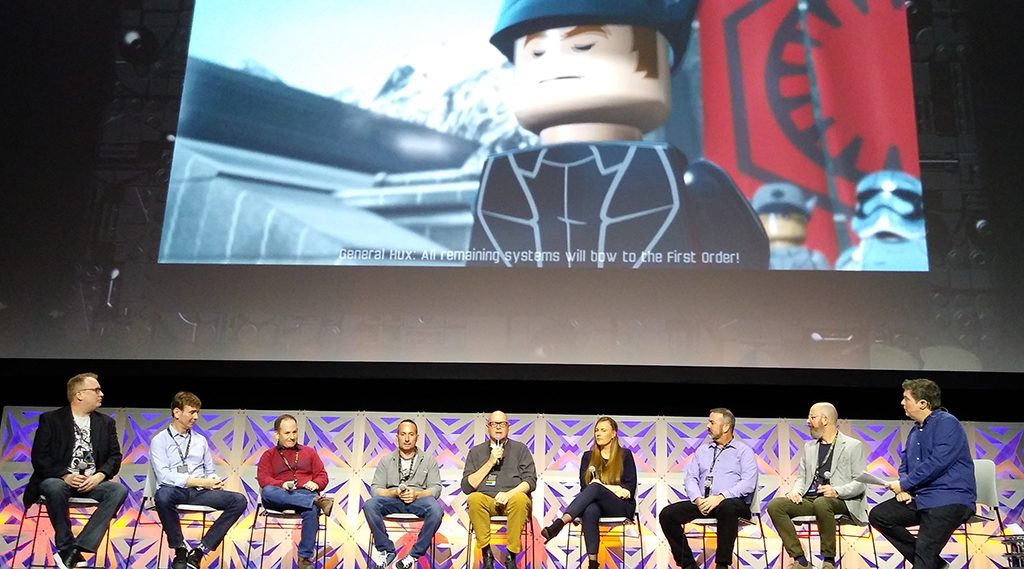 Time was given to discussing the LEGO Star Wars video games, too. “LEGO gives us the opportunity to take serious moments and flip them on their heads with humour and whimsy,” said Douglas Reilly.

“In terms of pivotal moments, Tom Stone is managing director of TT Games. He worked at LEGO in 2003 and it was him that came up with the idea to actually make a video game from LEGO and Star Wars,” explained Jeremy Pardon. “He saw the opportunity to make children’s games that were really good movie tie-ins, specifically aimed at a younger audience.”

Teresa Kristofferson was keen to emphasis a project titled “the greatest battles are built by you”, which will see children narrating their stories, before they are stop motion animated. During Celebration Chicago, families could get involved, with 20 stories due to be selected. While this was implied to be the next piece of LEGO Star Wars animation, it seems to be more of a marketing tool for YouTube and social media rather than story driven content.

The panel wrapped up with the reveal of the new LEGO Star Wars 75244 Tantive IV, with the set brought out on stage and placed on a table. It was announced that 250 signed sets would be sold early during the event, unfortunately for those attending the panel that meant they had probably missed a chance to buy one from Friday’s batch.

Hearing from the varied professionals on stage was a reminder of the many ways that fans can connect with LEGO Star Wars. When it launched 20 years ago, it was exciting, but just another product line – today, it is a franchise all of its own.