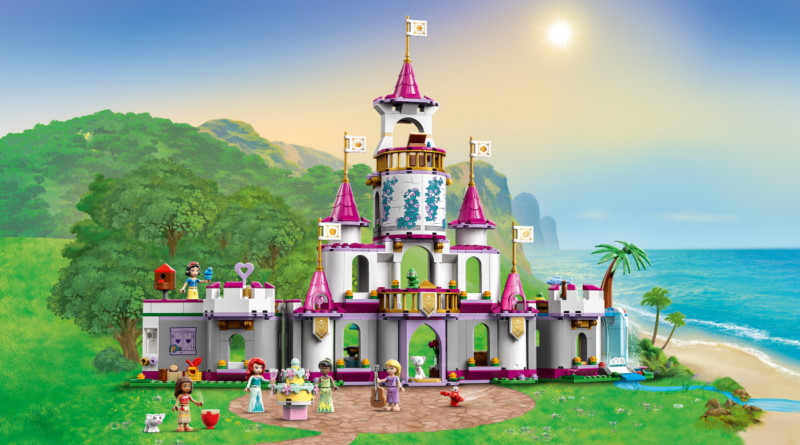 The latest LEGO Disney set to launch gathers five of the most iconic Disney Princesses into one ultimate castle, alongside their animal companions.

The model itself depicts a castle with rooms for each princess made up of 698 pieces for £89.99 / $99.99 / €99.99 as well as a detailed exterior that features a simple construction for younger hands to build.

In terms of the included mini-dolls, two of them may be of more interest than the others. Snow White was last featured in 10738 Snow White’s Forest Cottage from 2017, but appears with a brand new design on the dress here and with the same specialised hair element.

Tiana was depicted in this dress in 43203 Aurora, Merida and Tiana’s Enchanted Creations, though she was missing the leg brick in that set. 43205 Ultimate Adventure Castle is the second time that she has appeared in full following the retired 41162 Ariel, Aurora, and Tiana’s Royal Celebration from 2019.

Based on this selection of mini-dolls, 43205 Ultimate Adventure Castle might be of interest to those who are new to LEGO Disney thanks to it featuring rare and uncommon characters that are key to the Disney Princess lineup.