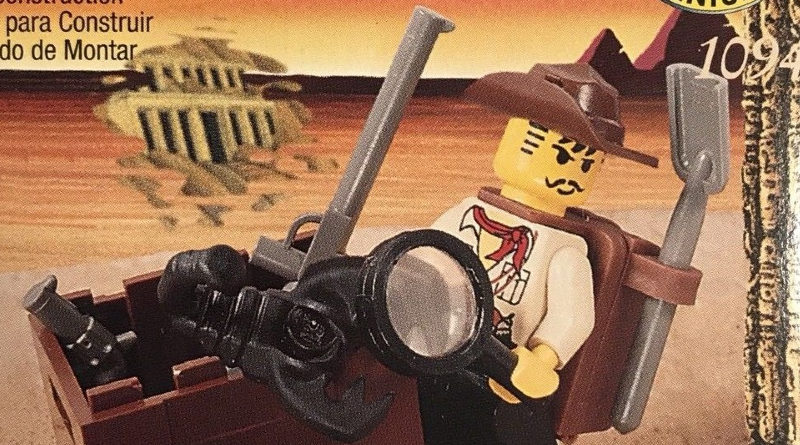 LEGO designer Gemma Anderson has taken to Twitter to show off her latest artwork, featuring recognisable minifigures from the LEGO Group’s past. So far, four of the artworks in the series have been completed, starting with Captain Redbeard of the LEGO Pirates theme.

Like each image of the set, Captain Redbeard is a bust of the original minifigure, with a pile of LEGO coins scattered at his chest, some tropical foliage adding some flair to the monochrome background.

This next piece introduced a new element to the series, adding in a circular portion of the iconic background that appeared in the Classic Space sets, or at least an original interpretation of it. Poking out of the background a spaceship can be seen flying behind the red-suited astronaut, a smile on their face.

LEGO Paradisa is the next theme to be picked, with a suit-wearing, moustached minifigure serving up a cool beverage in a pink mug. The background shows a sea of calm colours, whilst a palm tree protrudes out, just behind the minifigure

Last but certainly not least is perhaps the most famous of the LEGO Adventurers. The treasure-seeking Johnny Thunder is so far, the final piece in the series. The Adventurer is wearing his signature hat and is joined by a scorpion while a mountain range eclipses a sunset in the background.

These artworks come via LEGO designer and artist Gemma Anderson, who has previously worked on 21312 Women of NASA and LEGO Mixels. Hopefully, this is only just the beginning of this stunning series.