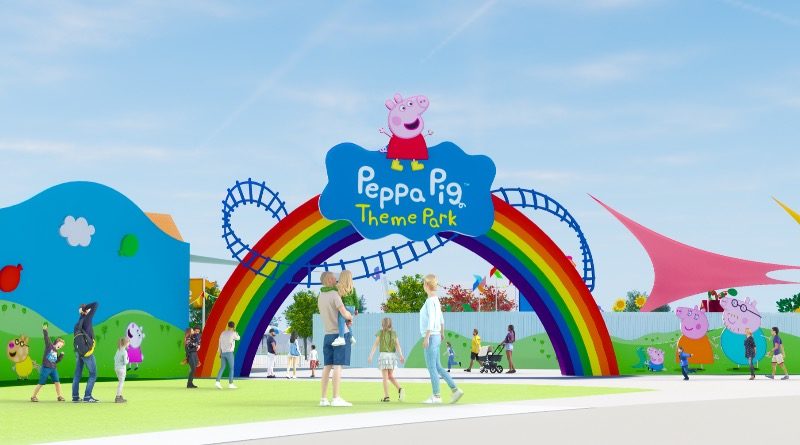 Merlin Entertainments has partnered with Hasbro to bring a standalone Peppa Pig theme park to LEGOLAND Florida in 2022.

The new park will be ticketed separately from LEGOLAND, but will share all the hallmarks of Merlin’s resort – including rides and attractions, live shows and entertainment, and water and themed play areas.

And just like LEGOLAND, you’ll also be able to pick up annual passes for the Peppa Pig park – either as a standalone membership, or as an all-inclusive pass with other Merlin resorts (including LEGOLAND).

This doesn’t necessarily mean we’re getting LEGO Peppa Pig sets in the near future, though. While the park will be situated in LEGOLAND Florida when it opens next year, it’s an entirely standalone experience, and the early concept images show basically no cross-collaboration with the brick.

Merlin has an ‘exclusive multi-territory licensing agreement’ with Hasbro to build and operate Peppa Pig theme parks, so it could just be that the British-based entertainment company is capitalising on foot traffic to its existing locations as part of that deal.

“As one of the world leaders in location-based entertainment, we are delighted to be creating this first-ever theme park dedicated to the wonderful world of Peppa Pig,” said Merlin’s Group Chief Development Officer Mark Fisher.

It’s not the first time the character has spawned its own attractions – the indoor play area Peppa Pig’s World of Play currently operates in Shanghai, Dallas, Chicago and Michigan – but this will be its first fully-fledged theme park.

“Working with our partners at Hasbro, we are excited to be taking the next step in creating this fully-immersive theme park, which will bring to life even more of the sights, sounds and experiences that family audiences know and love so much from Peppa’s world,” Fisher said.