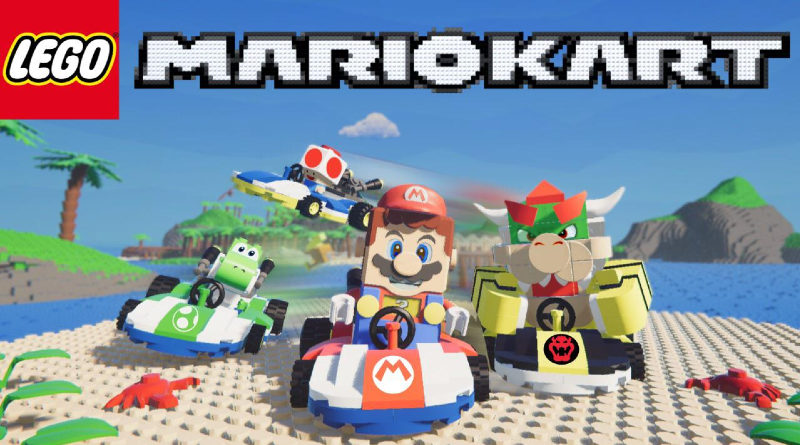 LEGO Super Mario is one of the newest themes from the LEGO Group featuring characters and locations from the popular game series. One LEGO fan has taken the next step in the theme, making a playable LEGO Mario Kart game.

Gamerjv is the creator behind this project, posted up on Reddit, and has explored other video game projects in the past, but never with LEGO. The LEGO Mario Kart game features Yoshi, Mario, Bowser and Toad, all as they appear in the LEGO Super Mario sets.

Tracks currently in the game include a LEGO Cheep Cheep Beach, Bowser’s Castle, Rainbow Road and a battle arena. The Bowser’s castle track even features the statue from 71369 Bowser’s Castle Boss Battle Expansion Set. As impressive as the project is, gamerjv has no plans to release it. However, he does plan on upgrading it over time.

The game even includes animations for the karts and characters, such as leaning and shifts of the engine. Whilst LEGO Mario Kart has yet to be a reality, fans hoping for the video game series to get its own sets can watch this project grow.