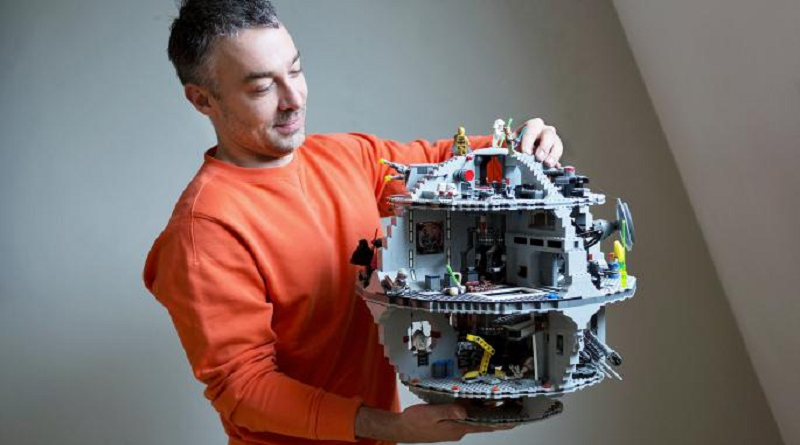 It seems that the mainstream press is paying more attention to adult toy fans, including LEGO aficionados, than ever before.

Today The Times has highlighted that the LEGO Group is courting adult fans as well as children, with the LEGO website offering two options to click on – grown-ups or kids. It is a brave new world, after years of the LEGO Group focusing on children and accepting that some adults would buy the products too. With LEGO Ideas having catered for the adult market for a decade now, and new concepts such as LEGO FORMA aimed at those over 18 years old, it seems that the importance of the adult toy consumer is finally being recognised.

To highlight this, the article speaks to Oli Trethewey, aged 40. He has spent £15,000 on LEGO products over the past decade, a figure that many Brick Fanatics readers will recognise, or have easily surpassed. “I’ve got the Hogwarts one which I’m waiting for my boyfriend’s permission to start,” he told the newspaper. “I’ve done all the large [kits]. I just like the concept of it, the absolute precision of the way the blocks are made.”

That is a sentiment that was recently echoed by Culture Secretary Jeremy Wright and previously mentioned by The LEGO Movie Producer Dan Lin. For these fans, LEGO bricks are not about their own creativity, but a relaxing, almost therapeutic way to unwind. These are the adults that the LEGO Group is hoping to court with LEGO FORMA.
For the LEGO Group to even be appealing to different subsets of adult fans is a step forward. It has often been assumed that all adult fans are the same, falling under the label “AFOL”. Nothing is further from the truth, with many fans engaging with the brick in different ways.

With the toy industry struggling to find growth in the UK and the west, it seems that the adult market is a place that companies are now paying attention to in an attempt to keep those sale figures growing.