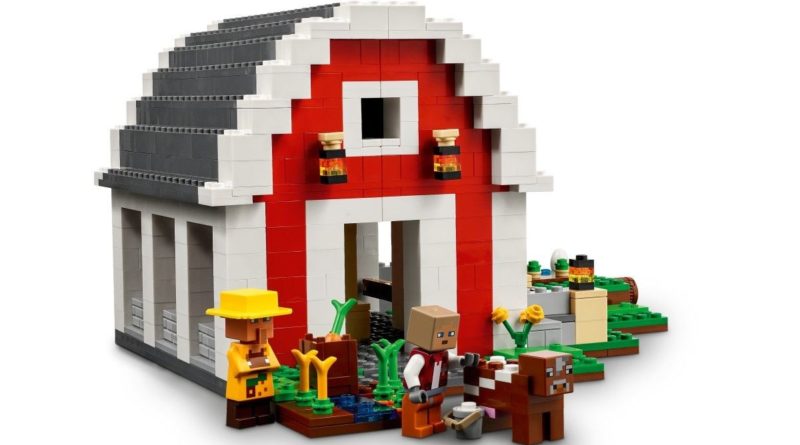 Another LEGO Minecraft set has been found online, revealing 21187 The Red Barn, which might pair well with the upcoming CITY farming subtheme.

Brickset has shared a look at another LEGO Minecraft summer 2022 set – 21187 The Red Barn – some images of the set are available in the Instructions app but listed under Friends as 41708 Roller Disco Arcade as well.

The build itself presents a simple, classic red barn that you might see on a farm, depicted in blocks as is the nature of LEGO Minecraft. However, it might not be too hard to modify the set to exist as a non-Minecraft barn in a CITY display given the new subtheme for summer 2022.

In terms of minifigures, 21187 The Red Barn includes a village with a new hat element, a player with a fresh skin, a baby cow, a horse, a cow, a goat and a baby zombie riding a chicken.

The barn is fully enclosed, with one side featuring stone walls that leave the animals open to the elements to get some fresh air. Inside, there’s two pens and an upper storage area

The release date and price of this set have not been revealed just yet, but the other LEGO Minecraft summer 2022 sets are listed as releasing on May 31, so a June release overall might be likely given that’s the launch day of other models such as 31206 The Rolling Stones.