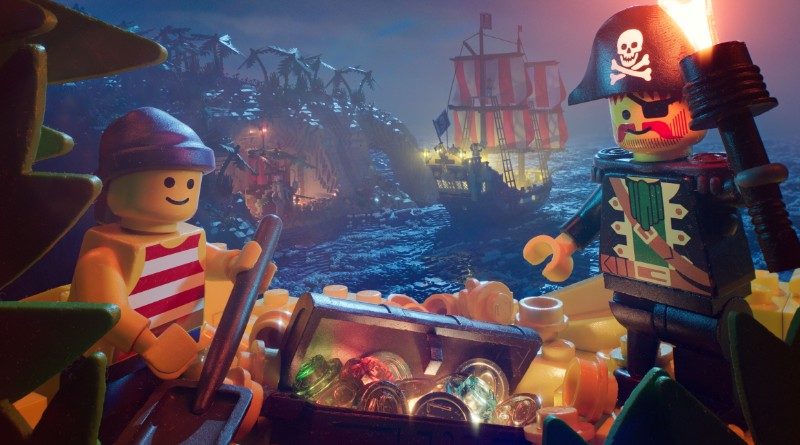 If you can’t wait for the day to be sailing the LEGO seven seas again, then someone may have made the perfect poster for you, and it’s inspired by the days of classic Pirates sets.

Stefan Muller, a lighting artist from Montreal has found himself motivated by older LEGO catalogues for his latest piece of artwork, which takes us back to the time of Pirates and plundering with Captain Redbeard and a chest of to-be-buried treasure.

You can find a version of the poster above, or you can click here for a high-quality version. The render features much attention to detail such as background elements and locations like a roaming vessel and a coastal fortress on a rocky cliff. In the foreground, the dreaded Captain and a loyal crewmate work to bury a chest of treasure, with scuffs wearing down the minifigures after a hard day of work, and that’s not an exaggeration.

On his blog, Stefan remarks that he took inspiration from multiple sources including works of art and some old LEGO retail catalogues. Several pieces of software were used in tandem to create the project including entirely of his own design.

LEGO Pirates haven’t been seen sailing the seven seas for some time in LEGO set form but did have a rather large outing in the form of LEGO Ideas 21322 Pirates of Barracuda Bay, which also featured the fearsome Captain Redbeard.

If you’ve been looking for any way to return to the days of LEGO Pirates, then the LEGO Ideas model might be for you and is available now from the official online store. However, if you’ve been searching for a new phone background, then Stefan seems to have the perfect answer. Hopefully, this isn’t the last poster that the artist produces.