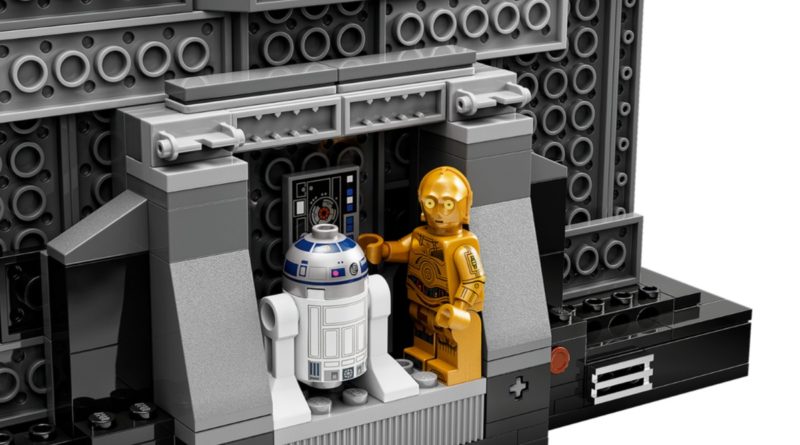 A LEGO Star Wars minifigure is getting a makeover in 75339 Death Star Trash Compactor Diorama, with a level of printing not seen on C-3PO.

The official reveal of three new LEGO for Adults Star Wars sets – 75329 Death Star Trench Run Diorama, 75330 Dagobah Jedi Training Diorama and 75339 Death Star Trash Compactor Diorama – offered the closest look yet at a fresh collection of models for the theme, but one minifigure might have overshadowed the range.

In 75339 Death Star Trash Compactor Diorama, the waste disposal area of the space station arguably isn’t the star of the build as a smaller scene recreation sits at the back of the model.

As Luke, Han, Chewbacca and Leia try to escape the trash compactor R2-D2 and C-3PO attempt to understand the inner workings of the Death Star and the latter droid has all-new arm printing.

In the history of LEGO C-3PO minifigures, details on the droid have only ever extended to the body, head and legs. While this 2022 version might not be drum-lacquered, the addition of arm printing is sure to make it collectable and desirable when 75339 Death Star Trash Compactor Diorama launches on April 26.

Don’t forget that two other LEGO Star Wars dioramas launch that day, with microscale scene recreations and the most intricate model of Yoda’s hut yet. 75330 Dagobah Jedi Training Diorama even includes a rare R2-D2 minifigure.

Support the work that Brick Fanatics does by purchasing your LEGO (and LEGO video games!) using our affiliate links.