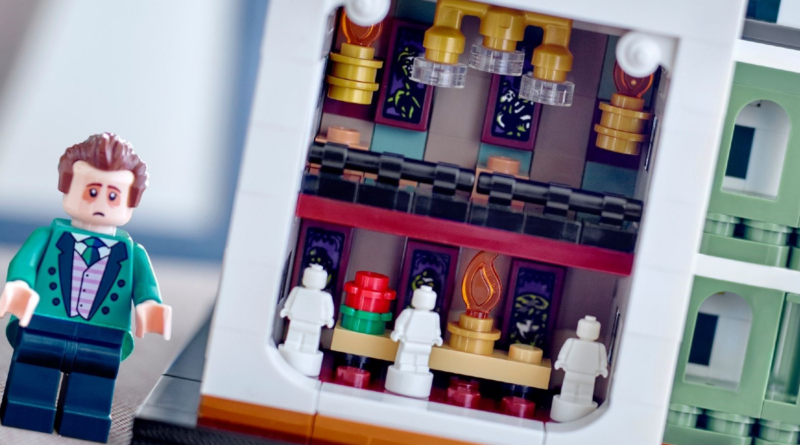 The third LEGO set recreating a piece of Disneyland is now available as 40521 Mini Disney The Haunted Mansion has officially launched.

Following in the footsteps of 71044 Disney Train and Station and 75293 Resistance I-TS Transport, 40521 Mini Disney The Haunted Mansion is the third build to represent a part of the Disneyland Resort in Anaheim. Whether you’ve been to the park or not, this set has a few details to look out for.

The exterior of the mansion makes up most of the model and has a similar base to 40478 Mini Disney Castle with enough space to post and display the included and exclusive butler minifigure. Green arches are prominently featured with tall columns and a ski pole depicts the weather vane.

However, turn the model around and you’ll find an interior that’s much more visible than the one featured in 40478 Mini Disney Castle. While the castle creation includes some details on the interior, 40521 Mini Disney Haunted has it beat with a miniature version of the dining room.

This area features paintings of the Hitchhiking Ghosts, Madame Leota and the Gravekeeper, a chandelier and a trio of ghosts on the upper and lower floors.

Those familiar with the Disneyland attraction will be able to appreciate these details and you can find the build in LEGO stores and online starting today, August 1, 2022, for £34.99 / $39.99 / €39.99, alongside these other models: