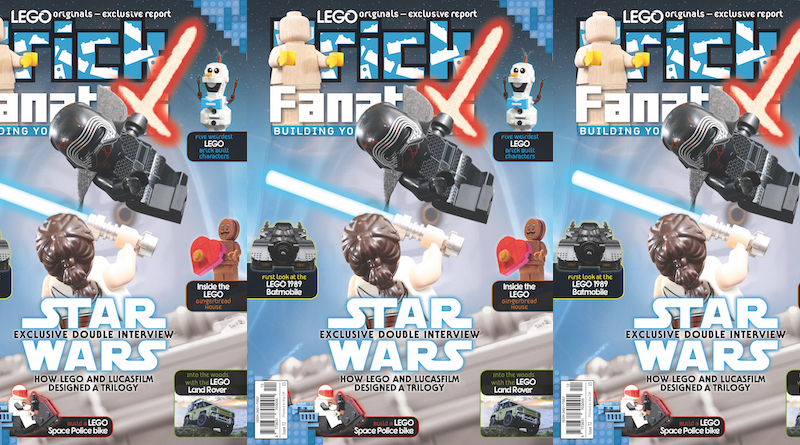 An interview between LEGO Star Wars and Lucasfilm, a first look at 76139 1989 Batmobile and an exclusive LEGO Originals Wooden Minifigure report all make Issue 12 of Brick Fanatics Magazine unmissable

The 12th edition of the print publication all about LEGO is available worldwide to order now at www.brickfanatics.com/magazine, with shipping due from the end of November. Single copies (with additional postage and packaging charge) and 12-issue and 24-issue subscriptions from Issue 12 are all available to order. 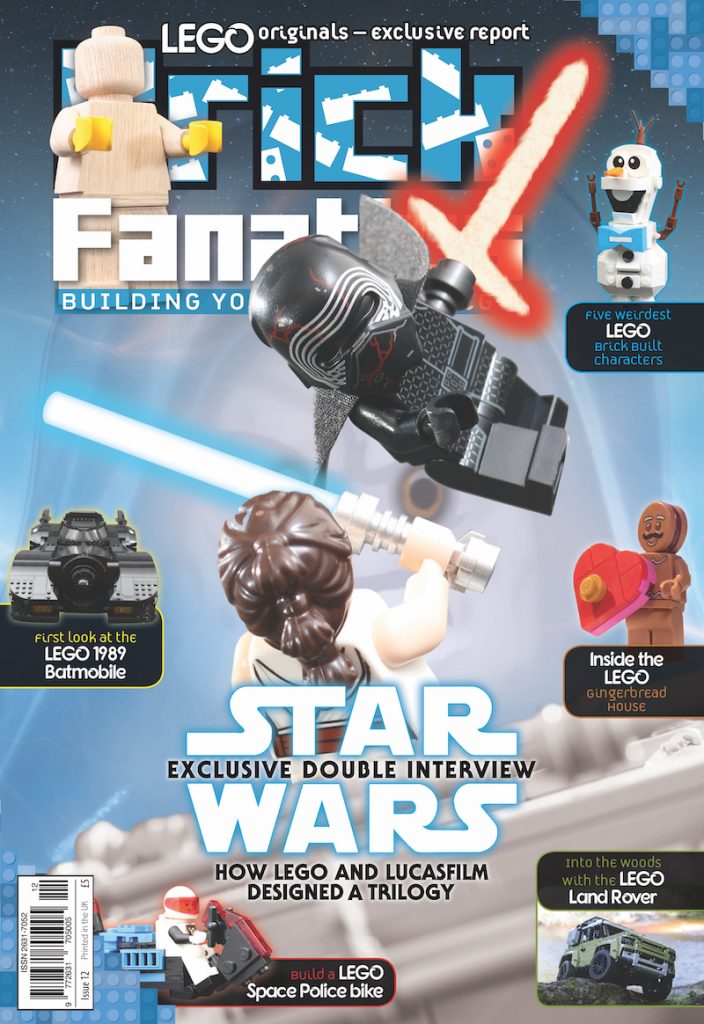 This issue leads with a very special interview between LEGO and Lucasfilm, as Brick Fanatics Magazine brings together designers from both companies who have played their part in shaping this most recent era of Star Wars on the big screen and in LEGO.

As part of Pinewood Studios’ Creature Department, Concept Designer Jake Lunt Davies is responsible for designing a host of droids and creatures that have appeared in Star Wars, starting with The Force Awakens and ending with December’s upcoming The Rise of Skywalker. From prominent characters such as BB-8 and the Porgs to memorable creatures such as the Rathtars, the Caretakers and Thala-sirens and background heroes like Pao and Ello Asty, Jake has helped shape the last five years of Star Wars on the big screen, and, inadvertently a large number of LEGO Star Wars sets too.

As the Skywalker saga and sequel trilogy draws to a close this December with the release of The Rise of Skywalker, Brick Fanatics Magazine sits Jake down with LEGO Creative Director Jens Kronvold Frederiksen and Design Manager Michael Lee Stockwell, as the three discuss shaping a galaxy far, far away, in film and in LEGO.

This fascinating interview is matched with some eye-catching and specially commissioned photography celebrating the very best that the LEGO Star Wars team has produced since The Force Awakens took Star Wars in a new creative direction.

Alongside this is a first look at 76139 1989 Batmobile, as we take in the LEGO Group’s first large-scale version of this on-screen icon. Brick Fanatics Magazine also report exclusively in Issue 12 from the London launch of the LEGO Originals Wooden Minifigure, where we spoke to the design team behind this unique initiative.

This latest issue of Brick Fanatics Magazine also includes a trek out into the woods with 42110 Land Rover Defender, as we take an in-depth, fact-fuelled look at Technic’s first SUV. Creator Expert Design Manager Specialist Jamie Berard walks through the details that make 10267 Gingerbread House.

Frozen II’s Olaf inspires a look at five of the weirdest brick-built characters from the LEGO Group, there’s another How To section for aspiring LEGO builders packed with tips, tricks and techniques and we take a trip down memory lane to Paradisa.

So much is once more packed into a single issue of Brick Fanatics Magazine. Single copies of Issue 12 are available to purchase now at www.brickfanatics.com/magazine, with an additional charge for postage and packaging. Benefit from free issues, free postage, delivery of each issue fastest and first, as well as our unique subscriber guarantee, by subscribing from Issue 12 for 12 issues or 24 issues. Subscribing to Brick Fanatics Magazine offers the best value to you, and is the best way to support us in the work that we do each month.

Issue 12 is available to order now, with shipping due from the end of November.

– Available to order from www.brickfanatics.com/magazine today

– Orders ship from end of November

– Available in WHSmith from December 5

– Available in Barnes & Noble from January 9